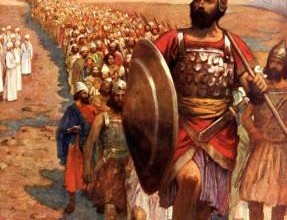 Alexis and Lincoln always had first watch.  They went out in the evening, from sundown to about nine o’clock.  There were often others awake at that time.  Decker and Elder Stow learned to go to bed with the sun.  They had the watch in the wee hours.  But the others often stayed up in the early evening, at least for a while.  Katie and Boston sometimes gave the horses some extra attention while Lockhart and Mingus discussed their progress and what they might expect up ahead.  At this point, both agreed that they were closing in on the ghoul home location, whatever time zone that might be in.  They had been attacked twice out of the last half-dozen time zones, though the attack in Rebecca’s time zone was curious because it did not strictly focus on the travelers.

“Still,” Mingus said.  “Normally ghouls terrorize a community for months, but in secret, and one or two at a time before they move on.  They don’t normally expose themselves like that in an all-out attack against a community.”

Lockhart was glad to get that much out of the Elder Elf who was otherwise not inclined to speak at all.

Sometimes, Katie and Lockhart spent the sundown to nine o’clock hours together, and often enough that included caring for the horses.  That, of course, was back over those weeks after Roland was taken from them, and Mingus focused on teaching and training Boston like the young elf she was.  Currently, Mingus hardly talked to Boston, and Boston spent much of that time in tears.

Mingus and Lockhart watched through the night, from roughly nine until midnight, while everyone else slept.  Sometimes Katie stayed up a bit with Lockhart, but most of the time she was tired and needed at least her six hours.  Lincoln and Alexis were not always careful to separate and walk the camp perimeter, but by the time Lockhart and Mingus got the duty, the dark generally closed in.  They watched both ends of the camp so there was no time to discuss things.

On that evening, Alexis made a point of walking in front of her father and talking to Lincoln about making wild, passionate love under the moon.  That did not put Mingus in a good mood.  He kidnapped Alexis in the first place, which got this whole mess started, because she had the bad sense to become human and marry a human.  He spent the next few hours stewing, and not paying attention to anything that was going on around him.

At midnight, Elder Stow and Major Decker took over.  Again, they were careful to watch both sides of the camp so they spent little time together.  Elder Stow’s scanner was a great help in those hours, which were often the darkest hours before the dawn.  On that night, the scanner was not prepped to sound an alarm based on what his detectors might detect.  He regularly watched it during his shift, but it was a quiet night, so when he went back to bed, he neglected to turn on the alarm function.

Elder Stow got up twenty minutes early that night.  He wanted the time to talk to Mingus.  He felt for the elder elf and thought a good word might help.  He talked about the importance of family and the bonds that tied family into one unit.  He said how he accepted the travelers were his family for the journey, and how he understood that it was important to do his part.  He told Mingus how lucky he was to have actual family, or blood family as he called it, having two daughters in the group.  He wanted to encourage the elder elf to do all he could for them and cherish the time he had been given with them.  Elder Stow had family, both sons and daughters, but he never saw them.  He missed them.  Mingus was lucky, and he should take advantage of the time.

Mingus did not say much.  He went to bed when he could, and Elder Stow sat up wondering if his talk did any good at all.

Three in the morning, Boston and Katie got up.  They built up the fire and sat together, as they did at times, to watch the sun rise, or at least to see the horizon turn light.  They were charged to get everyone up by six, and while it was not expected, they usually had whatever was available cooking for breakfast.  To Lockhart’s delight, they had whatever might substitute for coffee boiling away.

On that particular morning, as the light first touched the horizon, they saw the last thing they expected or wanted.  A whole army had moved up in the night, and it was camped on the plain about a hundred yards out from where they sat.

“I’ll get the others,” Katie said, and she went to wake everyone, though it was not quite six.  Boston sat and watched as a half-dozen men, not dressed like common soldiers, but like elders or dignitaries of some kind, stepped out of the army camp, walked some distance from the camp.  They stopped at a certain line.  One reached out and his hand toward the travelers.  Boston guessed the men did not come close enough in the night to wake anyone. 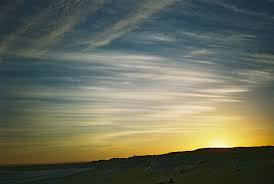 “Coming,” she answered.  She stood facing the men who were staring at her.  She removed her glamour of humanity, to their surprise, not that they could see her well at that distance in the dim light before sunrise.  She turned and used some elf speed to race out of sight.  She was behind the trees and rocks and at the campfire in the blink of an eye, and in fact, if those men all blinked, it might have looked like she disappeared.

“Decker says there is a route we can follow out of here,” Lockhart explained.

“I need to see your amulet so I can judge where we need to turn west.”  He held out his hand.

“I haven’t taken this off since Doctor Procter gave it to me,” Boston said.  She pulled it out and showed it to the marine, but she seriously did not want to take it off.

“Is that a settlement?” Decker asked.  The amulet was not exactly clear, like an old road map after too many rain showers.

“Salem is a city,” Lincoln spoke up.  “I thought I was clear about that.  Yadinel is king of Salem.”

“No.  That would be further down,” Katie assured him.

Decker paused the discussion.  “So this could be the main army camp.  A place of tents as far as you can tell.”

“I know,” Boston said.  “It is frustrating sometimes trying to interpret the thing.”

“Mine only shows minimal landmarks on the direct route to the gate from wherever we are,” Katie said.  “It doesn’t show Salem at all at this point, because the direct route is mostly south.”

“Okay,” Lockhart made a decision.  “Everyone needs to be packed and ready to move on short notice.  I’ll try to buy some time to get packed.  Right now, they only seem to be curious about who we are.  My guess is Salem is probably their objective, but if we run, they will probably chase us, thinking we are an enemy.  So Mingus, would you join Katie and I when we talk to them?  I want someone who can recognize if they start lying.”

Mingus nodded and followed while the others began to pack the tents, but he said nothing.

Lockhart buckled the police belt that held his trusty revolver.  He changed his fairy weave clothes to his normal slacks, shirt and boots, and grabbed his shotgun.  Katie already had her gun belt on for her turn on watch.  She also dressed in more modern shirt, shorts, and riding boots, and brought her rifle.  Mingus came as is, but his magic was not limited to what he wore.

“Hello,” Lockhart spoke in a friendly manner as they approached the delegation from the army.  Katie and Mingus both pushed out their senses and both concluded that the army, about three hundred men just rising in the morning, did not represent any hostile intent for the present.

“Hello,” Lockhart repeated.  “How can we help you?”

“We are not in need of help,” one of the elder men responded.  “We did not expect to find people in the wilderness before the city.”  There were, in fact, seven men facing the three.  The two in the rear were young soldiers with spears, but the other five looked unarmed and had gray hair.

“We are simple travelers, passing through this fine land.  I am Lockhart.  This is Katie and Father Mingus.  And you are?”

“You are a priest?” One old man stared at Mingus while others had different questions.

“You are Raphaite?” another asked.

“You are Elohim?” a third asked.

Katie whispered to Lockhart.  “The Raphaite are giants.  Elohim, children of the god El.”

Mingus gave a terse response.  “I am an elder elf from the long march of Avalon.”  He dropped his glamour and the men facing them all took a step back.  At least none of them ran away screaming, this time.

“I am Mibdrus, son of Jebus, King of Jericho and Chief of all of the people of Jebus.”  They all heard the touch of fear in his voice.  He looked around before his eyes settled on Katie who appeared the least threatening, even if she had strange yellow hair.  “You have come upon my land without permission.  You must account for yourselves to my satisfaction or by right I will claim you wives and daughters and all of your cattle.”  He drew himself up to look as tall as possible.  He looked back once to be sure his army was behind him.

“You wouldn’t want my daughters.  They are both witches.”

Lockhart continued.  “Three days ago, we met a young man named Mebdred who claimed to be chief of all the Jebusite people and ruler of all this land.”

“Your son?” Katie guessed and asked, and the king nodded, even as he frowned.

“I would watch him,” Lockhart said.  “It sounds like he is getting ahead of himself.”

Decker, Boston and Elder Stow came out from the trees, mounted, and trailing three horses.  Boston had Father Mingus’ horse.  Decker and Elder Stow had Katie’s and Lockhart’s horses.  Elder Stow neglected to put on his glamour of humanity, which startled the delegation, again.  Decker spoke.

Mingus turned to his horse while Katie added a thought.  “We are travelers and we will be gone from this area in a couple of days.”

Lockhart added one further thought before he mounted.  “It looks to me like your son wants to be chief and is impatient that you are living so long.”

The travelers are just trying to get to Salem, but there are obstacles.  Aliens have landed in the wilderness.  The travelers are being chased by a warrior and his men who would love to get their hands on some advanced alien weaponry.  And just when the travelers think they have moved safely out of range, they run into an entire army of Jebusites.  Don’t miss next week, Monday, Tuesday and Wednesday, for the conclusion of Avalon, episode 4.7 King After Melchizedek.  Happy Reading.