You don’t have any wings,” Boston pointed out to the dragon something the others were being polite not to say.

“No need,” The dragon responded.  “I can fly well without wings.  This is not my natural form.  I am a greater spirit of the wilderness, or I was once.  My um…  My er…  My mate and I took this form to honor those magnificent beasts.”

“Indeed.  I was charged by Brama to open the way between the Tien Shan and the Zagros Mountains.  Tien of Heaven asked me to continue the work all the way to Longjo, the western edge of the Hsian world.  I have been many times to Lake Bosten.”

“Hey!  That is my lake,” Boston interrupted.

The dragon smiled, which is something no one knew she could do.  “Yes, little one,” she said, and continued.  “But I have only been once to the small forts of Tufri, Hami. Axi, and Wewi.  I have never actually been to Longjo.”

“Your work stops at the Zagros Mountains?” Katie was the historian and a bit of a geographer, as far as that went.

“Indeed.  The Masters Enlil and Enki praised my work but said it was enough for one.  They have others in Elam and Susania, and through Mesopotamia to the great western sea that will make a way, and have finished the great silk road.  Though it be a long time, perhaps centuries before this road becomes filled with caravans, it is ready.”

“The only thing missing is road signs,” Decker joked.  “Maybe a stop sign where the road from the south meets the main highway here.”

“Indeed, no, Major,” the dragon smiled again. “Lady Devya has stressed that I must not import future things to this age, though road signs would help.  Sadly, none in this age really know how to read.”

“But your mate?” Alexis got back to her question.

“He has from this village that Devya calls Bukhara, through her village of Palishkul, that she sometimes calls Bactra to the gap in the mountains she calls the Khyber, and by the invitation of the Great Varuna, down into the land of the Indus, where she was born.  I have not been that way.”

“I was going to say that very thing,” Elder Stow agreed.

“But your mate?”  Alexis seemed to be stuck there.

“Fuxi,” the dragon said.  “He once joined with Fuxi, and for a time the two became as one being, like a great serpent-man, and thus my mate became Fuxi the idiot.  I miss him, but not that much.”

“Nuwa,” Lockhart named the dragon, and the others nodded.

The dragon Nuwa also appeared to nod.  “When Nuwa and I became as one being, we built the twelve Quans, the forts along the Huang He made to defend the river people from the Qinjong and other nomads who come into the river valley for any reason other than peace.”  Nuwa’s dragon eyes became moist and a couple of tears fell, steaming hot to the ground.  “When Nuwa and I were one, I saw far too much of the future, and her future, or his especially.  The poor Kairos.  How can any god be so cruel to burden her with so much responsibility, so many impossible tasks.  I weep for her every night.”

“People,” Decker interrupted.  “We got company.”  Two dozen men were riding out of the little village on step ponies, and they appeared to be armed.  Obviously, the travelers had been spotted on the road, and it looked like the locals were wondering if they were friendly or trouble.  The travelers watched the Nuwa dragon become visible and held their ears against the roar.  The fire was just a warning, but the locals turned their ponies as fast as they could and raced home, no doubt to lock their doors, if they had locks.

“Maybe we better not stay the night in this village,” Lockhart said, as he yawned to clear the ringing in his ears.

“Please do,” the Nuwa dragon said.  “The people will not bother you in the night.”

“But we usually try to make friends,” Alexis complained.

“Yes, I am sorry, but I can say this much, Boston!”  She yelled her name and smiled again.  “I am sure Devya will say it again when you see her.”

Boston grinned and moved her horse, Honey, toward the village.  The others followed, and Nuwa moved with them, invisible again to all but the travelers. 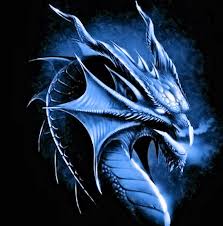 When the morning came, they wished the Nuwa dragon well and she returned the blessing.

“I will be moving slowly toward the village Devya calls Merv.  I will move slowly because I smell trouble, and I dare not be far from her if she needs me.”

“I don’t sense any enemies near,” Katie said.

“Lincoln is usually the one with the suspicious instinct,” Alexis added, but Lincoln shrugged.

“And Lockhart,” Boston said with a grin.  “He can’t get that police training out of his system.”

“I sense something uncertain,” Mingus said.  “Like something that should not be, but it is vague and unclear.”

Lockhart thought hard, but in the end he shrugged like Lincoln.  Decker spoke.  “Elder Stow, stay sharp,” and he rode out to his position on the wing while Elder Stow moved more slowly to ride on the other side.

It was just before lunch when they got approached by a dozen men on ponies.  The men did not pause on seeing them, but rode straight to talk to the travelers.

“Glamours everyone,” Lockhart reminded his crew as they rode up from the rear and in from the flanks to present a united front.

The men rode to within twenty feet, and one rode to the front.  He looked twice at the travelers before he spoke.

“Good elves, did you pass anyone between here and Bukhara?”

“Did my glamour slip?” Boston turned to Mingus who hushed her, kindly. 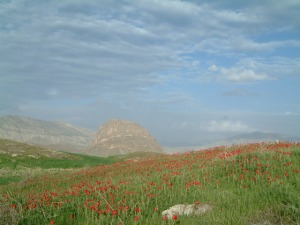 Lockhart pushed forward, Katie beside him.  “We passed no one,” he said.  “What seems to be the trouble?  Maybe we can help.”

The man turned to look again at Eder Stow.  “You are a strange people.  Red hair and yellow hair.  Big monster horses with seats you sit upon and holders for your feet.  Your dress is strange.  I have not seen the like, and I have been up and down the whole silk road.  I think you need to talk to my wife.”

“Avi?” Lincoln asked.  When the man stared hard at Lincoln and nodded.  Lincoln returned the nod and added, “Devya’s husband.”  He tapped the database in his hand.

“But tell me, why are you looking for people on the road?”  Lockhart asked, his police instinct finally acting up.

“The amulet has been stolen,” Avi said.  Both Boston and Katie reached for their amulets in a moment of panic.  Avi saw and shook his head at them.  “I am speaking of the amulet of peace and prosperity.  Come.”  The locals turned around and the travelers joined them.  They skipped lunch and rode hard to make the village by nightfall.  Katie called the village Bactra or Balkh, but the locals said it was Palishkul which meant Sanctuary.