The men were dressed to look like Arabs, in long white robes and with scarves for their heads, but their Asian features suggested a more local origin.    Boston put the amulet they used to find the time gates under her shirt, a natural precaution, while Lincoln pulled out the database.

“It says here, the Kairos in this time zone is Lin, Empress and founder of the Hsian Dynasty in China.  Before that, though, it says she fought off thieves and nomads and other murderers.  The problem with this database is there is no telling at what point in Lin’s life we have arrived.”

“The Hsian Dynasty is still like mythology in our day,” Katie whispered to Lockhart.

“So these could be peaceful merchants under the protection of the rulers, or they could be thieves and murderers,” Decker said.

“Pretty much,” Lincoln agreed, but by then they were too close to discuss the matter, without

“Hello.  Friend.  Stranger on the road.”  One big man stepped forward and attempted a smile.  Everyone understood him.  It was a gift the Kairos granted the travelers when they began this impossible journey, to understand and be understood by the locals, whenever and wherever on earth they might find themselves.

“Friend sounds like a good choice,” Lockhart responded.  “But it would be more believable if your people there put down their bows.”

“Shuz, shuz,” the big man spoke to the men behind him and waved at them to put the bows down.  The men lowered their weapons, but did not put them away.  “We were just thinking of hunting for our meal, now especially with so many to feed.” He excused his crew, even as his crew became excited and began to point some distance back the way the merchants had traveled.  A small herd of deer wandered down the hillside, well out of bowshot range.  They seemed headed slowly toward a stream the travelers had crossed, but the deer eyed the men and looked prepared to run at the slightest provocation.

Decker clipped on his scope, lifted his rifle and squeezed the trigger while Katie pulled her rifle.  The deer jumped at the sound, but they did not know enough to run.  One at the back of the herd fell, but it would be a few breaths before the herd took flight.  Both Decker and Katie managed kills before the cracking sound and collapsing deer finally caused the remaining deer to run.

“It’s too easy these days,” Decker said quietly.  “The herds are wary of humans and keep their distance, but they have not yet learned to hide from humans.”

Katie nodded and turned to Lincoln.  “Whose turn is it to butcher?”

Lincoln got the database back out.  Along with a library that catalogued all of human knowledge up to the twenty-first century, including an historical record far more thorough and accurate than any history book, being downloaded from the Heart of Time itself, plus all that information about alien species and the spiritual world that humanity knew nothing about, the database also included several more libraries, like a science library, a complete music library, and a note taking program that was actually easy to use and cross reference—what smart phones claim to have.  The database had a scanner that would work well once paper was invented, but even before paper, it could scan stone and bone carvings and would produce something like photographs, but the database did not have a camera.  It could not scan or take pictures of faces, and Lincoln figured that was on purpose.  On the other hand, it was easy to find the butcher list.

When people agreed to take turns with that grizzly task, after exempting the more or less vegetarians Mingus and Elder Stow from the task, they formed three pairs.  Lockhart and Katie worked well together.  Lincoln and Alexis would have been a useless pair, so Alexis agreed to work with Major Decker, the navy seal turned marine for special embassy-type work, who could do most of the actual butchering, while she kept watch and occasionally offer some magical help.  Lincoln watched for Boston who was raised with brothers and a father who were all hunters.  She knew how to clean and cook deer, elk, bear and birds, and was getting good with cattle, goats, sheep and pigs.  Boston also rode rodeo in her youth, and becoming an elf did not change any of that.  Lockhart still called her a Massachusetts redneck now and then, and she was. 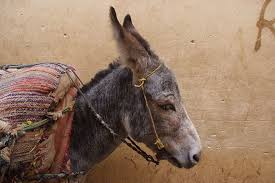 Lockhart interrupted before Lincoln could read from the list.  “We have friends,” he said.  “How about letting them do some cutting and cooking?”  He got down from his horse and Katie followed his example.  “You have a name?”

The big man waved, and a half-dozen young men rushed off to carry in the three deer.  “Shanjo,” the man said, and looked up at Lockhart’s six feet in height with some concern, while he added, “I see why you rode so uncaring through the wilderness.  What man or beast would dare approach without permission?”

“Yes,” Lockhart did not want to discourage that thinking.  “But we can be good friends, and for the record, we have no interest in your merchandise so you better not have any interest in our things.”  Lockhart offered a friendly smile.  Shanjo slowly returned the smile and they shook hands after a fashion.

Lincoln, Alexis, and Elder Stow got down, the Elder with a mumbled prayer of thanksgiving, but Decker interrupted.

“I suggest we move over to the base of that hill to make camp.  Just because we are not interested in the merchandise, that doesn’t mean there are no others on the road.”  Katie agreed, so that was what they did.

Around ten o’clock the next morning, the travelers and merchants found the hills to their left were pushing them closer and closer to the desert sands on their right.  There was still some green where they traveled, due to runoff from the mountains and hills, but the way was getting rough.  Shanjo explained.

“There are three places where the foothills of the Tian Shan press us toward the Taklimakan desert.  The Lord Hsia explained this to us when we set out on this journey, that this might be the case.  Even so, we were told there would be a way through, and it was so on our way to the edge of the world.  It must also be so on our return; do you think?”

“He means we won’t have to go out across the dunes,” Katie translated.  Lockhart nodded, and smiled for her, though he understood well enough.

“Hey Lockhart,” Lincoln stepped up, his horse Cortez nudging his shoulder all the way.  He spoke, now that Lockhart and Katie were leading and Mingus and Boston had been relegated to rear guard.  “I think the mountains to our left are the Tian Shan, and the desert is the Taklimakan.”  He was reading from the database.

“I think we got that,” Lockhart confessed.

“But you know what that means?  That means we are actually on the silk road, at last.”

“The northeastern tip of it,” Katie nodded and grinned.  Unlike Boston, who had her doctorate in electrical engineering, not always the most help in 2400 BC, Katie’s doctorate was in Ancient and Medieval cultures and technologies.  Serving as a Captain in the Marine Corps, a family thing, she always felt her life was split in two.  The Pentagon had little use for someone with her expertise, until this job came up.  Now, she was living ancient cultures and technologies, and she also had Lockhart, as soon as he got his own head together on forming a new relationship.  She paused as Major Decker rode up from the flank.

“We have company,” Decker shouted.

Katie grabbed her binoculars as she thought, sadly, on this job, her marine training was needed all too often.

“Mount up,” Lockhart yelled to his people

“Arm yourselves,” Shanjo shouted, and his people showed that this was not the first time this sort of thing came up.

Thirty men came yelling and screaming off the nearby hill.  They had swords drawn, spears, and bows ready to shoot once they got within range.  An ordinary merchant caravan of twenty men would have been caught and hard pressed to survive the onslaught.  Decker and Katie got their rifles.  Lincoln, Boston, and Lockhart had their pistols, while Mingus shot a fireball ahead of them all.  It startled the enemy, but did not slow them.  Alexis had her wand, but mumbled her usual, “I’m a healer, not a wounder.”  Elder Stow had his sonic device out as he was trying to save what charge he had in his weapon for when they might face some serious trouble.

Elder Stow let loose his sonic device, and the enemy grabbed for their ears, and several fell to the ground, which probably saved their lives, because then the guns opened up.  Seven of the thirty went down rapidly, soon to be dead, if not already dead.  The terrible cracking of those weapons was as bad, in its way, as the sonic device.  The thirty, now eighteen, turned and fled before they ever got into bowshot range.  Decker and Lockhart picked off the two that were a little slow to turn, and it hurried the others, but then Lockhart called a halt, and they watched sixteen men head back up the hill as fast as they could.