The perpetrator recognized the car as a police car and took off running down the alley.  Lisa leapt out to chase him while Ashish turned on his lights and siren to follow around to the street at the other end.  By the time the perpetrator got to the far end of the alley, Lisa had gotten close.  He turned up the street and saw four rough looking young men sitting on a front stoop.

“Help me,” he said, and the young men stood to see what he was running from.  One, about 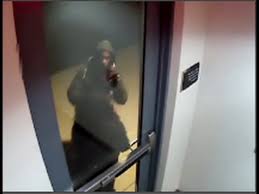 twenty-something, saw who it was and put his arms out to hold the others back.

“Can’t help you,” he responded, but one who was younger stepped on to the sidewalk to block Lisa’s way.  He bent down a little to completely block the sidewalk, and he pretended to look for something on the ground.

Lisa never paused.  She jumped, put one foot on the young man’s back which forced him to use his hands to keep his face from being shoved into the concrete.  She came down the other side without breaking her stride.  The perpetrator, who paused to watch the police lady get bruised by four on one, turned to run again, but it was too late.  Lisa had the young man turned and cuffed in a split second.  She put a hand on the young man’s shoulder, squeezed and spoke.

“Ouch, ouch, ouch,” was all the perpetrator could say as Ashish drove up.  Lisa stuffed the perpetrator in the back seat while she told him his rights.  She waved to the four on the steps and walked around to the passenger seat.

“Feel better?” Ashish asked as she got in.

The Elect, chapter thirteen, like all chapters in this serialized novel, will post over 4 days: M, T, W and Th.  Help yourself, and if you want to take a look at all the events in Emily’s first semester at New Jersey State University in Trenton, You are welcome to click on the blog archives and select November, 2015, which is when this all started.  No single post is very long, so it should not take too long to catch up.  Then again, this has been designed so if you read a whole chapter (4 posts) it should not be hard to get up to speed with what is happening.  Help yourself to some free reading.

Right now, Emily is starting into the second semester of her freshman year.  In the madness of first semester, the biology department got into a contest to create super soldiers, which included Frankenstein-type zombies built out of dead people.  Emily thinks all that is behind her now.  Ha,ha,ha,ha,…