Emily found herself tossed by six women and flew straight up.  She reached the roof, but dropped her knife to grab on to the ledge and haul herself up with her left hand.  How she held on to her sword, she could not say.

When she got to her feet, she found there were lights up there, but away from the edge so as not

to be obvious from below.  There was also a woman.

Emily recognized the woman.  The woman leaned over a console and simply raised one hand to wave without breaking her concentration.  “There,” the woman said at last and turned to face Emily.  “And what are you going to do, kill me with your big sword?  It is too late, you know.  I am not in this alone.”

“You and Hilde were in a competition?”

Professor Swenson laughed lightly.  “It was not really much of a competition.  His ideas were too

unstable as he found out in his own person.  Now, I have discovered how to bring the dead back to life.  Sort of god-like, don’t you think?”

“I tell you it is pointless to kill me.  You will stop nothing.”

Emily grabbed her sword with both hands, turned and brought her sword down on the console.  She all but split it in two.  It fried itself, and the power also surged up the sword, but Emily’s handle was well insulated.  She was not hurt.

fingers spread like claws, her face growling.  The woman was prepared to fight in the good old-fashioned girly way.  Emily simply went to the ground and the woman could not stop.  She tripped over Emily, stumbled to the edge and never did get her balance.  She fell three stories to the ground below where she made a horrific crash and broke her neck.  Ironic, but just, Emily thought, as she considered the poor student dude among the library stacks.

Down below, the elect all finally arrived.  The ROTC troops began to back off as the zombies closed on them.  Two dozen more police showed up from wherever they had run under Lisa’s instructions.  They carried wicked looking knives of their own.  Both sides were ready to meet when Emily smashed the control console.  The zombies went spastic.  They were still just as dangerous, in a way, but they did not know what to do without clear, steady directions.  They began to try to kill whatever they could touch.  As often as not, that was another zombie.  Necks began to snap everywhere, and as the women waded in, followed by the police and most of the ROTC, they had a much easier time of it than they expected, if they were careful. 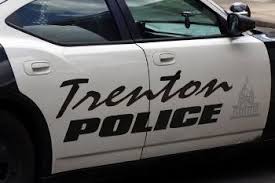 Friday morning Emily’s freshman English final was interesting, to say the least.  Somehow, Emily managed to finish the exam before she was mobbed with questions.  Emily took Jessica by ROTC, but Captain Driver was nowhere to be found.  After that, Jessica and Emily started toward the police station and Maria and Amina caught up with them outside the student center as planned.  They were quiet most of the way except for Maria’s comment.

“If I am ever tempted to name a child Abby, please shoot me.”

At the station, things looked just like a normal day apart from the three wreaths hanging behind the front desk.  There were pictures of the slain officers attached to the wreaths, and the atmosphere was somber.

“Morning,” Mitzy spoke up from the desk, but she was not her usual happy self.

“Who is Miss Farmer?”

Emily looked at Maria.  “There goes that idea.”

Lisa was in a mood, and not a good one.  Most of the elect had already returned to their homes.  There were a few hanging around.  One said she did not have to go home until Sunday and thought she might cross the river and see the Liberty Bell.  Two agreed to go with her.

Miriam was there, with Anna from New York, and Ellen Martin from Toronto.  Latasha and Libby Carter were also present and Libby said more than once that she was surprised she survived this one.

“What?”  Emily looked at Lisa and did not have to spell it out.  Lisa waved at Ashish and paced.

“Colonel Pickard has already been bailed out.  The police spent all that time and nearly missed the battle searching out line of sight to the library.  They found Pickard with a whole camera crew on top of your science building where they were filming over the tops of the trees.  He only said, “This isn’t over.  There is another,” but he refused to answer any questions and we were forced to release him early this morning.”

“At least we destroyed the film,” Lisa interrupted before she started to pace again.

“Tough luck,” Maria tried to sound sympathetic, thinking this would certainly upset her, but Emily interrupted.

“That is not the problem that has them concerned,” Emily told Maria.  She turned and stared at Ashish.  “So what is the real problem?”

“Yes, I was getting to that,” Ashish told Emily and glanced at Lisa who simply smiled ever so briefly.  “We figure the other one is probably Swenson’s partner, likely the electronic genius who created the brain implants.  Also, her lab is still out there somewhere.  If they have her formula, they can probably make more of the life elixir.  Then with the implants, they might try again.”

“I don’t know,” Amina said softly.  Lisa stopped pacing and hushed the others.  “I’m sorry.”  Amina looked up.  “I don’t know where they are.  Something is darkening my eyes.”

“That’s okay,” Lisa reassured her.  She had been told, but was not convinced about this Sybil business.

Emily sat, so the others sat except Lisa.  Emily spoke.  “You know, all I really want to do is pass biology.  Instead, I have been fighting biology all semester.”

Lisa came over at last.  “You need a good Christmas break.  Don’t worry.  We will not be able to search very much before you get back.  You won’t miss anything.”

“To be honest, I would not mind if I did miss something.”

Everyone chuckled, but only a little.

“So, what do you want for Christmas?”  Anna asked.  Emily thought of Pierce.

Latasha still had the ax she carried like a baby.  She held it up.  “I already got my Christmas present.”

Emily looked at her hip where she felt slightly naked without her sword.  Santa-Heinrich already gave her a Christmas present, too.  She imagined she might always see the man as a bit of a Santa—the way he first appeared to her, but she said nothing.

When her last class was over on the following Wednesday, Emily said good-bye to Amina, Maria and Jessica.  They all left early Wednesday when she just began to pack.  She was not leaving until the following afternoon.  She told her parents she had a paper to finish, but that was not strictly true.  She had gotten it finished on time after all only she never mentioned it.

The campus was eerily empty Wednesday evening.  There were a couple of exams scheduled for Thursday morning and the dining hall would be open for breakfast, but with most of the students already gone, it was quiet and relaxing.  Emily felt as if she had not relaxed all semester.

I knew first semester, freshman year could be hard, but nothing like this, she said to herself.  Then she felt good because she was getting a B in biology and had aced the final.  In fact, she was getting all Bs and one A in ROTC.  That was not bad at all, considering.  And then there was Pierce.

Pierce met her at the student center.  She did not know if he had anything special in mind, but she did not care.  She took his hand and said very little as they walked.  He was quiet as well, seemingly content to let her lead him along.  She took him straight to her empty room and they stayed there together all night.

Emily woke up alone.  She did not mind.  She was very happy.  She grabbed a shower and hurried to finish packing.  She found the rose and note.  It was Shakespeare.  “A Rose by any other name…”  No one ever wrote Shakespeare for her before.  She could only smile.

Detective Lisa drove her to the airport.  They hugged good-bye and Emily boarded only to wait on the runway for a half hour.  She spent her time wondering.  If that was first semester, what could second semester possibly be like?

Next week, Emily finally gets her Christmas/winter vacation, but it appears the undead follow her…Well, you have to see for yourself on Monday.