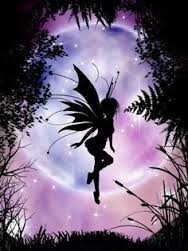 The music was contagious. Jake and Jessica could hardly hold their feet still, even when they were still down the hill and could not see a thing. Cinnamon could not keep back. She zoomed ahead, just to check things. Mary floated along contentedly on her broom. Jake took hold of Jessica’s hand to help her over a rough spot in the path and neither one wanted to let go after that. They held on tight when they heard the wolf howling in the distance.

“Wolf, howling at the moon,” Jessica suggested, and she smiled at Jake and he returned her smile. 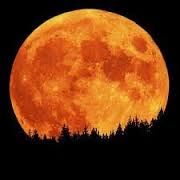 The moon remained very big and full and low on the horizon so it appeared to have some orange and even red in the midst of the golden light, and the face of the man on the moon was plain as day, and also smiling down at the young people. Jessica looked shyly down where her hand held his.

Mary perked up her ears and when the howl came again and she corrected Jessica. “Werewolf.” Jake and Jessica held on tight to each other after that, and Jake fingered the cutlass that rested at his side.

When they reached the top of the path where it let out into the great clearing and the stone circle, Mary was the first to see something, and it did not make her happy. “Mister Stuffings!” She raised her voice a bit and there was some scolding in her tone. “Who is home watching the garden?”

A man turned and removed his hat, except it was not a man since it was made entirely of straw. “Sorry, Miss Procter, mum, but this is just once a year, if you don’t mind,” the scarecrow apologized.

Mary softened her look and Jake and Jessica knew by then that the witch was really a sweet old lady. “I don’t mind.” 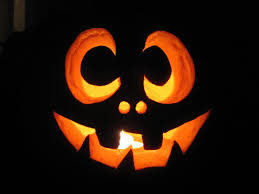 “Good,” They heard another voice hidden behind the scarecrow. “’Cause even a doorbell needs to get out once in a while.”

“Jack!” Jake and Jessica said it together, as Mister Stuffings the scarecrow stepped aside and revealed Jack-o-lantern on the ground, facing the circle.

“Hey, kids,” Jack said, but with the scarecrow no longer blocking their view, Jake and Jessica made no response. They were already watching the dancers, taking in the music and wanting to get in the middle of it all. Then Jake saw Elizabeth and shouted.

Elizabeth heard, turned her head and returned the shout. “Jake!” She let go of the fairy hands to run to him, but as soon as she let go, she fell the full six feet to the ground. The music stopped. Everyone gasped. Cinnamon whipped out her wand and slowed Elizabeth’s fall, but since it happened so fast, she could not stop it. Elizabeth hit the hard ground and scraped her knees and hands, and she began to cry. Jake ran to her. Jessica came right behind, and paused when Jake held his sister in a strong embrace and cried a little with her. Jessica hesitated for a second before she got to her knees and threw her arms around them both to join the hug and add her tears. They had all had harrowing experiences on that Halloween night.

“How quaint,” Greely Putterwig said, as he stepped free of the crowd. Jack stared hard at the man who no longer looked like a man. His skin was green, which offset his bloodshot eyes, and the only other color was the two tuffs of white hair around his two pointed ears, just like Putterwig the man had 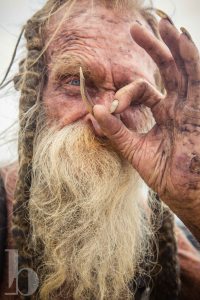 around his not so pointed ears. This Putterwig was very skinny, with a small trunk that he more than made up for with extra long skinny arms and skinny legs. He had a pointed nose, a pointed chin, long thin fingers with pointed nails. His feet were flat and wide and he had thick toes, to keep him from stumbling in the dark, Jake supposed.

Old Putterwig grinned a hobgoblin kind of grin. “But I have her already. Elizabeth, come here.”

Elizabeth, who turned to watch what was happening, got to her feet, and with a “Yes sir,” she walked over to stand beside the hobgoblin.

“I got her fair and square,” Putterwig said.

“You tricked her. It doesn’t count,” Jake protested

“Son,” The dwarf called Nuggets spoke gently to the young man. “Tricking is the hobgoblin version of fair and square.”

“You said you wished she would just get lost,” Putterwig raised his voice. “You should thank me. I am making your wish come true.” 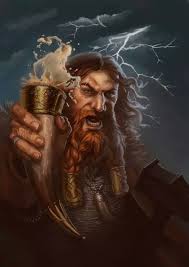 “Oh, son,” Nuggets shook his head. “You should always say what you mean and mean what you say. No good will come from doing otherwise.”

Jake got tired of arguing. He carefully pulled the cutlass from his belt. “Then I’ll take her back.” He found a small but strong hand on his hand, and it lowered the sword.

“No son. That is not how we settle things here. Please put down the sword before someone gets hurt.”

Jake lowered the sword and did not resist, but he fought his tears as he spoke. “But what else can I do?”he asked the dwarf. “Elizabeth.” He touched the cutlass tip to the ground and held out his free arm. “We need to go home.”

Elizabeth only glanced at Mister Putterwig before she threw her arms out in response to her brother and said, “Jake. Help me.” She began to cry once again because her feet would not move. Then she began to weep, and this was from a pain far deeper than any skinned knees could ever be. In fact, any number of those in the dance began to weep with her, empathetic as so many of them were.

Cinnamon, a full sized, full grown woman, stepped up between Jake and Jessica and put an arm gently around each. “Is this what you want, Greely Putterwig, to make this poor child suffer for the rest of her

“No,” Mister Putterwig spoke in anger. “She will forget. In time she will forget all about that other place.”

“Bet it leaves a great big hole in her heart.” Nuggets stepped up beside Jake.

“She will suffer mightily from that hole in her heart, and the empty pain will point at you. Is this what you want, for Elizabeth to hate you forever?” Cinnamon stared hard at the hobgoblin until he shrieked.

“You don’t know. You have friends, and people who love you. You all have no idea what it feels like to be alone all the time. Sometimes, I am so lonely I can’t bear it.” He was the one who was now holding back the tears.

“Why you silly hobgoblin. I don’t know why hobgobs should be loners and so pigheaded and stubborn.” Mary stepped up beside Jessica. “Just look around. You have a whole community of people who would be glad to be your friends, who are your friends, and some would be very good friends if you let them.”

“Is this what you want?” Cinnamon gave no quarter. “For the community to despise you and turn their backs on you? Did you really steal this child in order to hurt her?”

“No.” Mister Putterwig shrieked again. “I don’t want to hurt her.” The tears came at last, unstoppable. “I don’t ever want to hurt her.” He got down on his knees and hugged Elizabeth and cried, and she hugged him right back and cried, too. Everyone else remained still and silent until Mister Putterwig pulled back enough to say, “Go on. You are free. Go home to your mom and dad, and your brother Jake.”

Mister Putterwig tried to smile. “Really.” And he watched Elizabeth as she ran and jumped into her brother’s arms and Jake let go of the cutlass completely to wrap up his little sister. Cinnamon stepped back so Jessica could join the hug and join in their happiness as she had joined in their sorrow.

Everyone was suddenly smiling and happy, and the music would have started again at any minute, but a small golden glow appeared in the middle of the circle, and it grew in size and shape until it turned into a beautiful woman, tall and slim, with long blond hair and sparkling light brown eyes, though sparkling is not usually a characteristic of brown eyes. The woman came dressed in a full length, well fitted gown of the whitest white, and she wore a cloak to match where it became hard to tell exactly 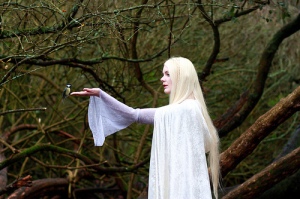 where the gown stopped and the cloak began. She wore sandals on her lovely feet, but to be sure, it was never certain if her feet actually touched the ground. She looked happy, but she also looked like one who might get angry if anything ever made her unhappy.

“Lady Alice,” Mary curtsied. All around the circle, the people bowed, or went to one knee, or went to both knees and lowered their heads and eyes. Jake, Jessica and Elizabeth did not know what to think, except that they felt they ought to keep very still and quiet. Poor Mister Putterwig fell to the ground, prostrate and trembling.

“All settled?” Lady Alice said in a voice as beautiful as the rest of her, but clearly she was not really asking. She stepped up to Jake and touched his head as she named him She named Jessica and brushed Jessica’s hair from her eyes like a gentle, loving mother. She kissed Elizabeth as she named her and Elizabeth positively and literally glowed a rich golden color to match the moon. “Now the fairy food will no longer affect you, and you are free indeed.”

“I thought you didn’t care.”

“Do not fret,” Alice bent down and lifted the Hobgoblin’s head. “As my friend Will used to say, all’s well as ends well, but this play is not done.” Lady Alice stood and smiled once around at everybody. “There is a last act to this story, but I believe it requires a change of venue.” The Lady clapped her hands, twice. All of the people and creatures around the circle remained solid enough, but the Lady, the ground and the trees, the mountain and the hills, the stars and the moon began to fade from sight.

Charmed is either a very small book or a long story offered in eleven parts over this October, 2015, leading up to Halloween. The posts will be put up on the blog on Monday, Tuesday and Wednesday, October 5, 6 and 7; 12, 13, and 14; 19, 20, and 21; 26, 27, and an extra note on the 28th. If you miss a post, or want to go back to the beginning, they are easy enough to find. Just click on the archives and select October 2015. Charmed is the only posting for the month … So after the 28th, I say to you all, Happy Halloween, you know, spiders on your back and over your head, waiting for you to go to sleep. 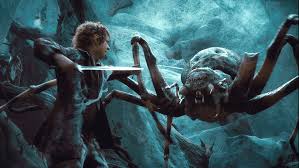