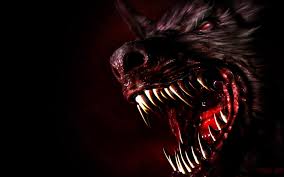 Lockhart opted not to give Ulwazzi a hard time about the bread. It may have been as he said, that others were responsible and he would find out who. Of course, no one expected him to find out before the travelers left in the morning, so they let it slide and enjoyed a good meal.

It was ten o’clock before Mingus had the strength to resist singing about the seventy-six trombones for the seventy-sixth time. “I swear, if he started on ninety-nine bottles of beer on the wall I was going to hit him,” Decker said.

“Major!” Katie was inclined to scold her commanding officer again, but stopped when Lockhart took her hand.

“I would rather listen to Elder Stow snoring,” Lincoln agreed.

“Roland, Decker and Elder Stow take the first shift,” Lockhart spoke up. “Katie Boston and I will take the middle. Alexis, Lincoln, and Mingus, if he is able, can have the wee hours before dawn. Three hours on duty should give us six hours sleep.” He went to lie down by the fire where it was plenty warm, now that the rain had cleared off. He never let go of Katie’s hand, so she had to lie down with him.

“Do you mind?” Lockhart asked. Katie pulled herself up on his chest to where she could touch her lips to his. It was her way of saying she did not mind at all. “Good,” Lockhart returned the brief kiss. “I want to keep your rifle close.” Katie slapped his belly and then got comfortable in his shoulder.

The wolf came at midnight. They all woke to the screams in the workers huts and tents down the hill. One man, Puzziya, started the exodus by running to the strangers. Everyone else who could, followed. Elder Stow was right there with his equipment, and he looked at Lockhart who said, wait a minute. They had marked out roughly where the screen would project, and Lockhart wanted as many men inside the circle as they could get.

“Wolf coming,” Decker said, having his night goggles on.

“Flare,” Elder Stow warned, and sent one overhead as he had the night before. A few men screamed at the sudden light and some others picked up their feet when the wolf became visible.

Puzziya screamed the first ten times the wolf raced up and threw itself against the screen with no affect. The wolf howled and started to dig, but Elder Stow assured everyone that the screen was a sphere, not a dome, so there was no way the wolf could dig under them.

After a while, the wolf went off, perhaps to hunt the men trapped outside the screen, or to see how far around the screen went. Elder Stow had set it to take in the building where they had supper, several out buildings, and the pen for the horses, thus keeping the horses contained and safe. He said, realistically, it would lose strength if he stretched it too far.

“If I could have made this whole mountain camp safe, I would have, but it is very big, and the werewolf appears to have some natural mystical properties that make it difficult to judge how strong it really is.”

“It is resistant to magic,” Alexis agreed. “Fortunately, not resistant to the poppies, but I could not guarantee it would sleep after it became human again, as I told you.”

“So now we all sleep?” Decker said, and Katie looked at Lockhart like she thought it was a wonderful idea.

“No, same schedule,” Lockhart insisted. “With all of the men up here, we have to double watch the horses and our equipment. Especially Elder Stow’s little screen maker. We don’t want someone innocently tampering with it and accidentally turning it off.”

People nodded and went back to bed, or got up for their turn, even as Ulwazzi staggered out of the big building followed by several men and a couple of female companions.

“It is the wolf that does not exist,” Puzziya said, and men began to babble many things. Ulwazzi put his hands up to hold them off and quiet them, but his eyes shot straight to Elder Stow’s equipment. Katie caught the look, even if no one else did, but she was going on watch and volunteered to watch the camp.

Boston and Lockhart wandered out to the edge of the pen. Boston’s horse Honey came over to greet them. “You know, night feels very different as an elf than as a human. I don’t know if I can explain it. It’s like I belong in the day and I’m an interloper in the night. As a human, night and day blended together much more. Maybe I was not as aware of when the sun went down and came up, especially the went down part.”

“But then, we are all more aware of these things, traveling the way we have been,” Lockhart agreed. “I was never much for campouts and cookouts as a kid, but you adjust.” He shrugged.

“Yes,” Boston grinned. “And I noticed you aren’t freaking out so much every time a little one shows up. ‘Course, I can’t say completely what you might do if we run into an ogre or something, but elves and fairies and dwarves and even dark elves don’t seem to freak you out as much.”

“Dark elves are still plenty creepy,” Lockhart admitted, and they looked out over the pen for a time while the full moon rose behind the distant hills. After Honey went back to the herd, and the horses settled down, like they knew they were secure for the night, Boston started again.

“I think in some ways being human is like a dream for me. I remember being human, but it feels sort of strange and ethereal.”

“I think this whole journey feels something like a dream for most of us,” Lockhart admitted.

“It does, but not like that,” Boston shook her head. “I mean like I was always supposed to be an elf. It feels right and natural. I can’t explain it, but it’s like I was born human by mistake, or maybe I’m like a changeling and got put in a human’s place, and now I am back where I belong. I mean, I love my parents and brothers, don’t get me wrong, but it is like all that time blends into a kind of dreamy state, now that I am who I should be.”

“Alexis said you were already mostly an elf even when you were human.”

“No not like that.” Boston paused and thought for a time before she continued. “There are lots of things I need to learn about being an elf, about culture and society and all that sort of thing. I missed out on a lot by not growing up elf, I know. But as far as being an elf, I feel like I am finally the way I am supposed to be, the person I am supposed to be, in my mind and in my heart, and, oh, everywhere.”

Boston rolled her eyes. “I always fit in, and I never really fit in anywhere. I don’t expect that to change. But, yeah. I zoomed through school, looking for someplace to belong. If you had not come along and grabbed me from my doctoral program, I don’t know what I would have done. I can’t imagine what I would be doing right now. I never want to leave the Men in Black. That is my real home on earth, but now I am dreaming about Avalon, because that is my real home, and I think I knew that way back when we went there in search of Lincoln’s wife.”

“You did enjoy yourself much more than me,” Lockhart kidded her. “I just couldn’t figure out how to make your eyes get smaller and get you to stop saying wow every time we came around a corner.”

“Ha, ha.” Boston stuck her tongue out at him. “I never used to do that as a human, but now I’m allowed.” She paused again to think before she added,” but why would I not say wow at everything I saw?”

“Still, I have seen you change more than maybe you realize. What about the Kairos? That has to be different, now having a god you answer to.”

“And one I can love. Not so very different,” Boston said. “I thought Glen was the most wonderful and special awesome person in the world, and now I feel like I was proved right, that’s all.” There was gunfire in the camp, and Boston and Lockhart ran back, Boston arriving in almost no time. Lockhart took a bit longer.

Next Monday and Tuesday, Avalon, episode 3.12 will be the final posts of the episode and of the season.  Don’t miss it.  If the travelers survive the night, there is still one more night of the wolf moon. 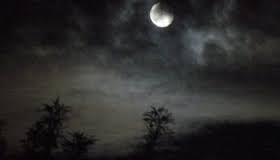