After 2617 BC, the Zargos Mountains. Kairos lifetime 43: Hadj of the Hjammad

“We don’t look like we have gone very far,” Boston complained.

“Fifty or sixty years, I would guess,” Roland responded.

“I’m coming to it,” Lincoln said. He had the database out and was staring at the screen.

“Mountains of some kind,” Alexis suggested.

“Well, it certainly isn’t the Syrian desert,” Lincoln said with a quick look around. “The only reference I can find here is Hadj went briefly to the Zagros Mountains in search of elephants.”

“See? I said we didn’t go far,” Boston said, having a reasonable grip on her geography.

“I do see,” Roland said. “And if we are headed for Susa and any of the Elamites we encountered fifty years ago are still alive—“

“—or their descendants,” Alexis interrupted. “We will have to tread lightly.”

“You might wish to get under cover,” Elder Stow shouted as he raced in from the perimeter. Decker saw and came in from the other side. Cover was not going to be easy to do. The trees were widely spaced, and while a person might hide among the rocks and bushes, hiding a horse would be more difficult.

Roland pulled Boston up beside a tree, and pointed up. “Sevarese fighters,” Roland said. There were four of them rushing in from the right, coming out of the afternoon sun. “Pendratti,” Roland pointed the other way where a small transport of some kind was being escorted by two fighter craft. “I recognize the markings.”

Boston nodded her head. “You are the hunter.” She reached out and touched his arm. He looked at her, and they were lost in each other for most of the battle.

The two Pendratti fighters hovered around the transport like doting parents protecting their child. The Sevarese fighters split two and two in order to come at the transport from both sides. Suddenly, the transport shot straight up, and the fighters engaged. Great white and golden streaks from power weapons crossed the sky as the ships made impossible turns, dipped, bobbed, and wove a complex tapestry in the air. Several streaks of power hit the earth, and the earth and rocks exploded, once not far from Lincoln and Alexis.

Apparently, the Pendratti transport was not unarmed, but it lacked the speed and maneuverability. It tried to turn around and backtrack the way it had come, but the fighter got a good shot into the tail of the transport before the transport’s big gun caught and shattered the fighter. The last, damaged Sevarese fighter opted to return to base when it saw the transport was going down. It may have expected the transport to explode upon landing, but it appeared to pull its nose up and land after a fashion. It was doubtful anyone or anything could survive such a landing, but Lockhart said it would not hurt to see. The crash was about a mile off in the way they were headed.

The travelers started out, but only got about half-way to the crash when a massively big ship began to settle down for a landing near the same spot. It was Decker who identified the craft. 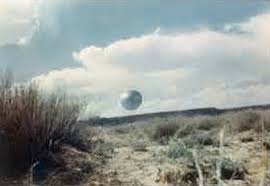 “Marzalotipan,” he said, referring to the scavenger-salesmen that were seeking to profit off the hostilities in this corner of the galaxy. The Marzalotipan ship shone its spotlight on the travelers, to which Decker added, “We’ve been seen.”

“And who else?” Katie asked, as the spotlight paused in two other distant places.

“Sort of like a call to come and shop, do you think?” Lincoln asked.

Hadj had everyone hide as well as they could, but camels and mules were not naturally cooperative animals, and the goats and children were impossible. When the Marzalotipan spotlight singled out his group, he got everyone up to run.

“How do they make such a big light, and in the daytime?” Leahn, Hadj’s third wife asked.

“They must have borrowed a piece of the Sun god, Utu,” Anashk, Leahn’s sister and Hadj’s second wife responded. “See the way they use the fire to make their mountain fly.” She pointed at the retro rockets helping the craft into a soft landing. Leahn nodded, even if she did not believe it.

Ishitak, Hadj’s first wife clapped her hands. “Sisters,” she said sharply. “Keep those mules moving. The Elamites are not far behind.”

“Chief,” Ibin el-Wadi brought his camel up alongside Hadj. “We are headed toward the flying mountain?”

He asked, but he did not sound too happy about it.

Hadj looked back before answering. He wanted to be sure everyone was moving. They had four men, seven women, fifteen children ages six to sixteen, where fortunately the youngest girl, the six-year-old spent the last two years walking from Syria holding on to her mother’s dress. They had six camels, a dozen loaded down mules, and two dozen goats driven by the children. The goats started out only a dozen, but they kept breeding. They could not help it. Hadj was concerned that one of the women might become pregnant, perhaps one of his own wives. That would complicate things and make their travels difficult. but so far the women had been good.

“The light fell on three groups,” Hadj told el-Wadi. “We were second. I have no doubt the third light was Sokar and his Elamite warriors. The question is, what was the first?”

Hadj smiled. “I figure they are either giants from the plateau, people from a mountain village, or possibly friends of mine. Let us ask the elder elf. What do you think, father Mingus?” 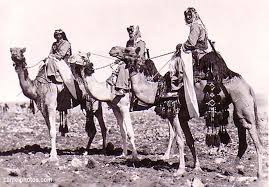 Mingus was riding his horse, quite well, and frowned at the designation father Mingus. “It is my son and that strange red headed Mary Riley who used to be an annoying human and now has become an annoying elf. What a terrible thing to do to my people, by the way. And it is my daughter, and probably her moron husband. I suspect Lockhart, the marines Katie and Decker, and that ticking time bomb Gott-Druk are with them.”

“There you go,” Hadj said to el-Wadi. “We are headed toward friends.”

Ibin el-Wadi nodded before he objected. “But you haven’t explained why we are headed toward the flying mountain when common sense says run away as fast as your camel can run.”

Be sure and return tomorrow for the second post in Avalon, episode 3.10 Gathering Friends