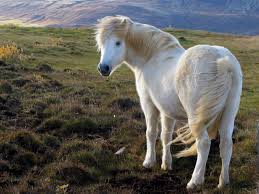 Iddin-Addad paused at the top of the next hill. There were some trees that he could hide behind and spy on who was following them. The people were on horseback, whoever they were, so they moved slowly through the hills, weaving in and out and around the hills. Iddin went over the rocky top, which was quicker, but tiring. If they did not reach the sea soon, he would have to stop and seriously rest.

“We are almost there,” Clicker said with a little less optimism than usual. Serpentelle did not let out her expected giggle. She was too busy peeking over Iddin’s shoulder and trying to be good. She just couldn’t be good. Her serpent-like tongue squirted out and licked Iddin’s ear. 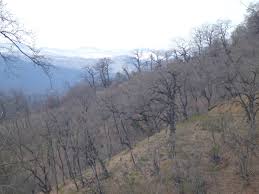 “I’m sorry, but you smell so good. You taste so good.”

“Stop it. I am not for smelling and not on the menu.”

“I didn’t mean that kind of tasting.” Serpentelle grinned, batted her long lashes and pretended to be shy which no one in their right mind would believe.

“Forget it.” Iddin stood. “They seem to have a sixth sense about when I am looking and don’t show themselves.”

“I think there are seven,” Clicker said in all seriousness. “There may be more. There may be less.” He shrugged.

Iddin rolled his eyes and started down the back of the hill. Serpentelle sashayed beside him and kept looking at him with a humble expression, but her eyelids still batted away. Clicker walked on the other side and got out the words “We are –“ before Iddin put a hand over the imp’s big mouth.

Elder Stow did not float quite so far over the water this time. He clung to the shoreline, kept his eyes wide open, and one eye on his scanner. Major Decker wandered out over the sharper rocks, inland. He let his horse pick the way while he continually scanned the horizon. He only hoped he would not have to make a dash for safety over those sharp rocks.

“We are coming up on the village,” Roland reported. After passing that morning through the second abandoned village, Decker took the time to let his mind rise up with the eagles and spy out the land ahead. Elder Stow extended his scanner as far out as he could, but he admitted at that distance, his little handheld could not distinguish between human and animal life signs. 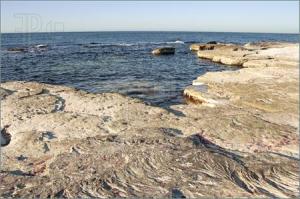 “What reaction do you think we might receive?” Lincoln asked.

“No telling,” Roland answered. “Humans have a way of surprising me.” He turned his elf smile on Boston.

“Wailing women,” Boston said, and she looked at Roland like a woman who might wail if she lost him.

“We don’t know if these men are from the village,” Alexis countered. “These might have been the ones who drove the other villagers off.”

“No.” Lincoln and Lockhart spoke together. They eyed each other and Lockhart motioned for Lincoln to explain.

“Whatever drove the people from their villages was not local. We found burn marks from energy weapons.”

“Maybe the elusive Sevarese,” he answered. “Probably not Gott-Druk or Elenar. I believe Elder Stow would have identified them as such.”

Katie nodded and turned her attention forward. There were a dozen horsemen riding out to meet them. They stopped several yards off. Katie and Lockhart split and came up alongside Boston and Roland. Decker and Elder Stow shadowed Lincoln and Alexis.

Three of the village men separated from the group and came forward slowly, without a word. They recognized the ponies and, from the look of it, the dead men. One pushed around Decker to examine Alexis’ wounded man. The other two, in particular the elder one, kept a close eye on the proceedings. The wounded man showed some sign of movement when they stopped, but his eyes never opened.

Alexis reacted before the local could touch the wounded man. “Are you a healer?” The local looked up, surprised. He gently shook his head. “Then keep your hands off him. I won’t be responsible if you kill him with your bungling.” 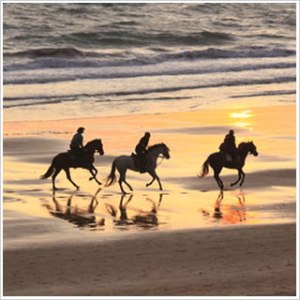 The local withdrew his hand and looked at his elder. The elder appeared to nod. “Come,” he said, and he turned back to his troop. They all entered the village together and Alexis had a hard time keeping one of Boston’s wailing women from dragging the man off the pony and into the dirt.

Katie and Lockhart dismounted in the center square and untied their ponies for the locals to take away. Decker opted to stay up on his mustang for the moment where he could look down on events. His horse was far taller than the horses the locals rode. Elder Stow floated down to use his own feet. The locals did not know what to make of the Gott-Druk, but they gave him plenty of space.

The elder man who came out to meet them came up to Roland with his two followers, but Roland merely pointed at Lockhart. Lockhart introduced himself and Katie and the man reciprocated.

“Your wounded friend has not said much so far.”

“Pedic. He and some of his people were trying to get back to their village to gather the things they left behind.”

“He spoke of three witches.”

Andovar nodded. “Pedic’s people and Lorimar’s both claim they were driven out by the witches and many fear we will be next. But above us, the land is ruled by the Scaldi so there is nowhere we can go.”

“Dry and stones. Our land grows little” The man shrugged. “We are fishermen.” 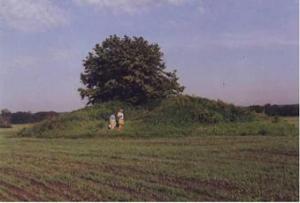 Lockhart understood. There was a real beach here, and a number of primitive boats and nets set out to dry. Several small fields had been cleared of rocks to grow grain of some sort. The rocks were used in the houses, since wood was scarce enough. There were trees and bushes in places, but no forest of any kind. The people burned something like coal for heat and to cook. They also had stone ovens for baking, which Katie pointed out. It appeared they had not yet learned to bake clay into pots, but the coal obviously burned hot enough to melt and shape whatever soft metals came to hand.

“Alexis,” Lockhart called, but she was busy. “Boston.”

“Yes, boss.” Boston was nosing around and her horse was sticking to her shoulder. “Tell Alexis. You can share the bread crackers here.”

“Hard for you,” Lockhart spoke to her in English so Andovar would not understand. “You are not allowed to show them how to better store their grain or how to make pots or anything.”

“I understand. The Kairos would not be happy if I did that.” Katie made a joke, but got serious to match Lockhart’s more serious look. “I really do understand. Messing with history is not a good idea.”

“Incoming.” Decker interrupted with the word. Everyone looked up. There were three figures flying toward them. Lincoln, Boston and Roland were already bringing their horses and Alexis’ gray to a fenced in area. Alexis was in a nearby house with their wounded man. Decker pulled his rifle, dismounted, and hurried his horse in the same direction. Katie and Lockhart followed his example. Andovar tried to gather his men, but most of the rest of the village went into a panic when they saw what was coming.

The three witches came to the edge of the village where they hovered fifteen feet off the ground. The travelers heard the slight hum and saw the little light that came from beneath their long dresses. They did not appear to have legs, but they had arms and hands that Boston guessed were gloved until Elder Stow pointed out that they were metal hands. They also had faces that only approximated human faces. Their mouths opened and closed when they spoke, but the lips did not move with the words, like some cheesy animation. And they spoke while the people stared up at them in abject terror.