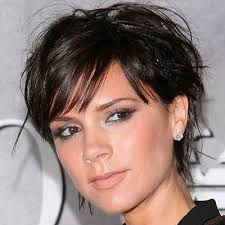 Emily floated along with her mind on Pierce and said nothing about where they were headed until they reached fraternity row.

“For the third time, I need to meet Tom for lunch,” Jessica said.

“I wonder if Owen is around,” Maria added.

“What is going on?” Karyn was the only one who noticed. People shouted and started to scream outside the TKE House. The women arrived just in time to see a young man thrown out through the front window.

“They’re mad!” One of the Teeks shouted. 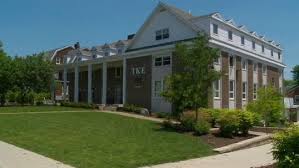 “Owen!” Maria saw him and ran to him, so the others followed. Owen ignored Maria and turned straight to Emily.

“You have to stop them. They want revenge on the fraternities that rejected them but they got into some bad juice. They don’t know what they are doing and are out of control. Please don’t hurt them.”

“Tom?” Jessica looked frantic. “Thomas!” She ran up to the front door. Emily had to sprint to catch her and Karyn stayed at Emily’s side. Owen grabbed Maria to prevent her from following.

Emily would have caught Jessica and stopped her but a man came spinning out the front door and got between them as he fell face down on the front stoop.

“Tom!” Jessica slithered in before the door shut.

The door locked. Karyn tugged on the handle before she stood back. Emily yanked it open and they heard the door lock snap in the process.

The inside of the house looked in worse shape than Emily imagined. The big front room seemed full of splinters and dust. Only the couch and coffee table looked unbroken. Tom stretched out, face down on the floor by the broken front window. He appeared to be unconscious. Jessica got on her knees beside him and wailed, thinking he was dead. One frat boy leaned over a hole in the wall, also unconscious. Three young men stood, and Emily did not believe what she saw. They were Owen’s friends, his geek friends. Bob the mathematician, Craig the chemist and Jimmy Chee, top student in the Physics department surprised her. Bob had his hands to his head and kept screaming. Craig started punching holes in the section of the wall that still stood. Jimmy Chee shouted, unintelligibly.

Emily and Karyn did not know how to interpret what they saw. These were not the big brutes they expected. In fact, only Bob was taller, and maybe bigger than Emily, but not bigger than Karyn. Emily glanced again at Tom and recognized that Tom was a big man, a football player, and these three little squirts knocked him into La-La land. She knew she better be careful.

“I want to kill someone. I want to bust something,” Jimmy Chee shouted.

None of the three looked like their eyes could focus, but Emily was not surprised when they turned and attacked. Karyn faced Jimmy Chee and Emily said a little prayer for Karyn while she faced the other two.

Craig reached her first. His arms stretched out to grab her in a way that made him look something like the Frankenstein monster. Emily leapt to the side, further away from Bob and she caught Craig’s outstretched arm. The boy moved with amazing speed and strength. She barely managed to get there ahead of his response. But with his arm in hand, she shoved and that put his back to her and turned

him in Bob’s direction. She kicked Craig’s butt as hard as she could and Craig flew across the room and smashed into Bob. That took them both to the ground and gave Emily a second to check on Karyn.

Karyn punched and backed up. Her punches landed, but they had little effect on Jimmy Chee’s face. He grinned, stalked her and waited for her to put her back to the wall. Emily let loose with a punch of her own, right at Jimmy Chee’s kidneys. The boy felt that one and collapsed to his knees. Then Emily ducked to her own knees as she sensed Bob’s fist. It barely passed over her head. Her fist did not miss the boy’s crotch. Bob felt that one, too, as Emily stood to back up.

Two arms circled around her and squeezed. For a second, Emily thought her ribs might crack. Bob made a grab at her leg, but she kicked out and landed her foot on his face. He got knocked back into Jimmy Chee and that gave her, or at least Karyn another temporary reprieve. Karyn picked up a piece of wallboard and clocked both boys on the head while Emily grabbed Craig’s thumbs and slammed her head back into the boy’s forehead. He did not let go, but his arms loosened enough for her to break free.

Emily let go of Craig’s right thumb but held fast to his left and with her right hand, she twisted that arm as she turned to face the boy, which put her whole weight into that twist. Craig’s elbow went in and up and he hit himself in his own chin with that elbow. They heard the pop as his arm separated from his shoulder. Craig collapsed when Jessica hit the boy over the head from behind. She had picked up a lamp.

Emily felt a fist in her shoulder blade and rolled away from the door, an unexpected direction. Her shoulder, not broken, got badly bruised. She jumped to her feet again, and in time to see Karyn tossed into the kitchen through the hole in the wall. Bob and Jimmy Chee rushed to cut her off from the door. Emily saw the opening as the boys stopped and turned to face her. She dove between them and landed on the couch. Both boys turned again to face her and both cracked their shins into the coffee table. They did not appear to be bothered by that, though it sounded nasty.

Emily stood as both boys jumped to the top of the coffee table to get at her. Jimmy Chee tried to punch her. He was incredibly fast. Emily tilted her head back and missed the impact, but the boy wore a ring and it cut her cheek. It made her mad and she reached down and lifted the coffee table, four hundred pounds worth of table and two boys. She tilted it on its side, which made both boys jump off to safety. Then she slammed her hand into one of the table legs until it broke off.

Jimmy Chee, right there, tried another punch, but Emily expected it so he missed completely. Emily counterpunched with the table leg. She caught the boy squarely in the side of the head. She saw the boy’s eyes roll up as he collapsed, and she thought, just like her old softball bat.

She turned to Bob, expecting another punch, but Bob screamed again and this time he had a reason. He held out his hands. Both of his arms were on fire. Karyn staggered out of the kitchen with the fire extinguisher. She managed to douse the flames, but the boy was not going to hurt anyone else, ever. The police came at last, and Maria also came in and dragged Owen behind her.

Emily stood there, unmoving, the table leg over her shoulder, her cheek bleeding, her shoulder blade hurting. She did not flinch when a police officer put a gun to her face. Jimmy Chee at her feet was moaning and being fitted for handcuffs. Craig did not get cuffed. He needed his right arm to keep his left arm from falling completely off. Bob also did not get his burnt stubs cuffed. He just cried. By the time Emily looked back at the police officer, one clearly frightened by all the mayhem around him, Millsaps had arrived.

“She’s one of ours, Parker,” Millsaps said, and the relieved officer holstered his weapon. Emily took one step to where Jessica and Maria helped Tom to his feet. Owen watched. She wanted a word with Owen.

“They got into some bad juice? What juice?”

“Beer.” Owen spoke quickly and shuffled back a bit. “I only had one, but they had too much, and the last bottles, they had something wrong with them. It drove them crazy.”

“Do you have any left? Do you still have the bottles?”

Owen shook his head. “Are you kidding? I didn’t want to get busted for beer in the room.”

Emily frowned. She knew a student who had a whole empty beer bottle collection in his room, but she did not push that point. She took another step forward and watched Owen shuffle back a little. “Where are the bottles now?”

“Trashed. Picked up I think. I got them into the bin just before the truck came.”

How convenient, Emily thought, but she did not pursue it right then. She took a step back and found Lisa with a damp cloth there to mother her cheek. “Ashish,” Emily called and whispered when Ashish stepped to her and she had the man’s attention. “Ask Julie to check these for heightened endocrine activity, adrenaline and I don’t know what else. And see if they have beer in their system.”

“There.” Lisa backed away and turned to Ashish with a great big smile. “See? It isn’t just me.” She turned back to Emily but looked directly at Owen who stood with his arm around Maria, surveying the devastation. “And your thoughts?”

“Probably honest enough but worth watching.”

“He may have just escaped being a victim himself you know, if he had one more beer.”

Emily looked at Lisa. She had not considered that. She knew then that accusations need evidence and vowed to get some.

Be sure and return next Monday (T, W, and Th) for the second episode in the season. If you miss a post, you can always find it on the side of the blog under the heading “recent posts”. In fact, you can wait until Thursday (F, Sat, or Sun) if you like, and select one post at a time from the recent posts to read all 4 posts of the episode in one sitting. It is up to you.

If you are starting late, you can always click on the archives button and select November 2015. There, you can begin with the pilot episode and work forward to the present post. I will try hard not to post anything else until the story is finished, several months down the road.

After the Pilot Episode, all 22 of the regular episodes (chapters in this serialized novel) will be posted in 4 posts (M, T, W and Th) over a single week. Again, you are welcome to wait until Thursday (F, Sat, or Sun) if you want to read the entire episode (all 4 posts) in one sitting.

Thus far, Emily has been told she is an elect and show some signs of unnatural abilities, but she is not exactly sure what being an elect means. She has to puzzle out what she can. She may not have much time. She and her friends have already found one body, and Detective Lisa has assured them that there have been others. Someone is killing co-eds, and in a most unusual way—draining them of every ounce of liquid. Now, after the fight at the frat house, it appears as if that liquid may have been refined for some more nefarious purpose. But the evidence without a motive is circumstantial. Where is all of this experimentation going?