It was early Saturday morning.  Ms Libby was coming over for lunch, but Darren assured Latasha that they would be home long before lunch.  He kept saying he wanted to make a clean start and kept playing on her being family until Latasha relented and agreed to go along.  She did not feel right about it, but who was she to deny her own brother a fresh, clean beginning.  He assured her that simply by her being there, the others would behave themselves.  He said if she was there, no one would have to get hurt.  And she believed him, even if she did not feel comfortable with the whole idea.

They walked.  He was to meet a man named Carlos in a parking garage.  He said he would pay Carlos what he owed and that would be that.

“But why not meet somewhere around lots of people?”  Latasha asked.

“No reason,” Darren shrugged.  “Carlos said he had to go out of town and needed the money for the trip.  I guess the garage is where his car is parked, that’s all.”

Latasha frowned, but said no more.

“One quick stop first,” Darren said as they stepped up to a local mart.

“What do you need here?”

Darren did not answer at first.  He paused outside the door and looked at his sister with embarrassed eyes.  “Stay here, will you?  I need a box of condoms for later.  I’m seeing someone.”

Latasha kicked at the hole in the parking lot.  “Go quick,” she said, and she set herself to wait by the door.  It was quick.  Not three minutes later, Darren raced out of the door followed by a big white man with a baseball bat.  Latasha tripped the man, yanked the baseball bat out of the man’s hand and kicked him once, but not too hard.  She bloodied the man’s nose, but did not break it.  She tossed the bat and ran to catch up with her brother.

“What the hell did you do?”  She yelled.

Darren said nothing until they ran off the sidewalk and into an alley.  Even there he kept his eyes on the street in case they were being followed.  “I screwed his daughter,” he said quickly.  “It was about two months ago and I think she might be pregnant.”

Latasha hit him in the shoulder.

“Ouch.  Hey, I’m trying to do the right thing now.”  He pulled a single condom out of his jacket pocket to show her.  “I didn’t know he was going to be there.  Really, I’m sorry, but he did not exactly give me time to explain.”

Latasha was steamed.  She might have hurt the man.  “Let’s just get this over with,” she said, and Darren took her by the back ways to the entrance of the parking garage.  They scooted past the gate and walked to the basement level.  Normally, no one parked in the basement level unless all the upper levels were full.  All of the local drug dealers knew this.  Of course, Latasha did not. 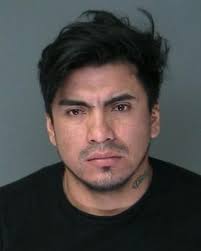 Three men came down the exit way to the parking garage lower level.  The one out front was not a big man, but his two companions were bigger than most.  There was an old white haired man walking up the ramp, and the small man wore a happy smile as he growled at the old man and raised his arms, like he was going to charge.  The old man cowered, while the two big men imitated their leader.  The old man put his free hand up to protect his head, expecting to be hit, but the three just laughed and continued on past.

“Probably wet himself,” the small man said just before he heard his name.

“Carlos!”  It was Darren

Darren and Latasha walked up when Carlos stopped.  His two big companions hovered over his shoulder.

“Hey, dipshit.  You got my money?”  Carlos was all business.

Darren pulled a wad of mixed bills out of his pocket.  “Yeah, I got your money.  But I was thinking maybe instead you would give me your money.”  The three men laughed as Darren took two giant steps back and Latasha’s jaw dropped.

“Hey, man.  Why did you bring your skinny bitch with you?  I think this is going to get ugly,” Carlos said.

“My sister.”  Darren smiled.  Latasha felt like killing her own brother, but she did not have time.

The thought crossed her mind that she could say, “I’m not part of this,” and walk away, but it all happened so fast.

Carlos said, “Hurt him,” and the two big men moved to the front.  One reached inside his jacket and Latasha did not have to guess what he was reaching for.  She jumped and caught the hand with the gun not yet fully exposed.  The gun clattered to the concrete floor and she punched the man square on the jaw.  She did not pull that punch and the man went down.

The other man reached for her, but her long leg caught him in the belly. Then she remembered and kicked again.  She caught the man in the knees and he went to his knees.  That put his head at her head height.  She made her little fists, but it was a third strike with her foot in the man’s face than sent him also to the floor.

Latasha turned on Carlos and saw a gun in his hand.  Anyone else might have hesitated, but Latasha’s fury was up.  She was much faster than Carlos could believe, and caught Carlos’ hand and turned the gun away before he could fire.  The bullet ricocheted across the concrete.  She had to break Carlo’s hand to make him drop the gun, and then she ducked as he swung at her and punched him in return right in the solar plexus.  Carlos fell to his knees coughing and hacking for his breath.

The first man was up by then, scrambling for his gun.  Latasha kicked it away and made those little fists.  The man clearly thought about it, but in the end decided to up and run back the way they had come.  His nose was broken and that was enough.

“You ass!  You set me up!”  Latasha turned on her brother, but he was already heading forward to take whatever these men had in their pockets.  Latasha stopped him with a slap to his chest.  Darren flew back five feet and landed hard of the concrete.

Latasha had some choice words to say but froze stiff at the sound of her name.

“Latasha!”  It was Heinrich, the old man with the cane, and he was dragging the runaway thug by the hair.  When he got close, he dropped the man’s hair, grabbed the big man by the arm and with one hand tossed him so he knocked Carlos flat and landed on top of the other thug who was holding his knees and struggling to get up.

Latasha saw him and went to tears.  She did wrong and she knew it.  Everything became clear.  Darren knocked off that gas-mart and she helped him do it.  The man with the baseball bat was probably the storeowner trying to get his money back.  And then Carlos.  She was set-up, but she

was willing to be set-up.  She wanted to believe her brother so badly, she did not look closely at any of it.  Her insides said it was wrong, but she did it anyway.  She expected Heinrich to hurt her.  She deserved to be hurt.

Heinrich slipped his arm gently around the girl and she wailed as the tears poured out of her.  There was a corresponding wailing sound at the parking garage entrance as two police cars came in, sirens blasting.  The police stopped Darren who was struggling toward escape.  He got handcuffs, as did the men on the ground.

Lisa’s car roared into the garage a moment later and she screeched to a halt, not thinking twice about her tires.  She jumped out, but Libby was faster.  That old woman went straight for Latasha and thought nothing of pushing Heinrich out of the way so she could comfort the girl.  Lisa stopped still and stared at the man.  He returned her stare.

“Rogue elect,” he answered.  He did not have to point at Latasha.  Lisa stiffened, but the man was not finished speaking.  “Given her age, I am willing to accept that she was duped and behaved stupidly.  But she better wise up quickly.  If she turns criminal, I may have to kill her.”

“You and I have no quarrel.  But you better think fast if you hope to keep her out of jail and especially if you hope to send her to the police academy.”  Heinrich turned and walked off at a brisk pace and Lisa remained stiff, where she was until he was out of sight.  Then she said only one thing.