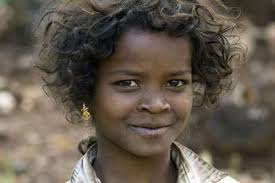 Boston lifted her happy face and shouted in her best elf voice which echoed around the whole camp and shot off into the wilderness. “Father Mingus, hurry up. I’m going to marry your son, so please hurry.” Everyone in the refugee camp looked up, and some applauded at the idea of the love goddess marrying the hunter, even if they did not know who Father Mingus was.

“Boston, you are not helping our situation,” Alexis scowled.

“Actually,” Lincoln piped up. “I am surprised this complication has not come up before. Think about it. The elf bread I shared had to look miraculous in the eyes of the people. Elder Stow has the gadgets which must look magical, and Alexis heals by laying on hands. No doubts there.”

“And we found the water, I suppose,” Elder Stow added.

“And tomorrow, if what we think is following turns out to be true, the god of war and the death goddess are going to get a workout,” Lincoln said.

“And the king of the gods will roll out the thunder,” Katie agreed, referring to Lockhart’s shotgun.

“You just are not going to convince these people that we are not gods, almost whatever we do,” Lincoln concluded.

“Well, I am ready to sleep,” Elder Stow said. “I will endeavor to snore like a god.”

Alexis shook her head. Boston questioned her before Lockhart could speak. “You don’t find this funny?”

“Not at all. I think we are playing with fire,” Alexis said, and she turned away from the group to sleep.

“Double watch tonight,” Lockhart said in all seriousness, and Alexis got up with Lincoln to take the first turn.

The hundred people following came in around midnight. Another three hundred or so came in at sunrise. That made more than seven hundred gathered on the edge of the hills, a small city of people for those days. The striking thing about the gathering, though, was it was mostly women and children. The men, especially the sixteen to thirty-two-year-olds, were missing.

“Zisudra,” Boston said the name. “It feels strange, and different to have a male as, you know.”

“Not really,” Katie admitted. “But the Storyteller was a male.”

“Yeah, he was,” Boston said, like it was a sudden revelation. “Oh, but he was older, like gray beard and all. To be honest, I thought he was a bit like Santa Clause, and that was before I, you know.”

“Not really,” Katie repeated, when they were interrupted by several women from the camp. The women had been up cooking and preparing something since before dawn. Boston stepped over several times to rev up their fires with a touch of magic, and she thought it hardly mattered. They already thought of her as a god.

The women had flushed a covey of more than a hundred Himalayan quail and had birds and eggs to share. They first brought their offering to the gods, and Boston could not help herself. She got up when she felt the heartbreak in the young woman’s heart, so she hugged her and said, bless you, and the woman began to cry, so Boston began to cry.

Roland came over after a few minutes and pulled Boston free, and Boston got mad, then upset at herself. “I’ve always been sympathetic. I thought I was empathetic, but not like this. She lost her love in the escape. I know that. I felt exactly what she felt, and it hurt so much. Roland, there was not anything I could do for her.”

“And you must remember that,” Roland said. “There is not anything you can do for her.”

Lockhart, Lincoln and Alexis graciously accepted their offering of bird and eggs. Lincoln got out the bread and tried to make toast without burning it. That was not easy. Lockhart stepped over to sit beside Katie, and she growled at him.

“I’m not good company lots of times,” he responded. “My wife used to tell me that all the time.”

“Enough,” Katie spoke sharply. “When are you going to get over your wife business? I’m beginning to think you are a moron after all. Here, you have been given a chance to start over, and you can’t let go of the past.”

What?” He meant, what is the matter? or what can I do to make it better? but it came out, “What?” It was the same word he always said to his wife, and it never helped her, either.

“Nothing,” Katie snapped, put her plate down, and stood. That was when a big, young man, a newcomer with the group at dawn, had the bad sense to try and prove something to his friends. As Katie walked by, he made a fist and took a swing at her head. She saw it coming, ducked, grabbed and twisted the arm, which made the young man howl. Then she let all her frustration out in her punch right to the man’s solar plexus. The man flew several feet and crashed to the ground, and Katie heard a rib snap.

Katie stared at the man. She knew that as an elect, as one in a million, maybe one in ten million, she was as strong as any man, and equally good in combat with or without weapons. But she knew the gods made the elect to protect and defend the community when they men were away. She was not supposed to break men’s ribs. She was sorry, sort of.

Alexis pushed past her. “You didn’t have to take it out on him,” she said as she knelt to examine the man.

“I didn’t kill him,” Katie mumbled, as Boston raced up, running much faster than an ordinary human

Katie turned and fetched her horse. She wanted to ride out to the horizon and look for the enemy, but while she saddled Beauty, she heard what Lockhart said.

“Listen up,” he said, but the people were whispering, and he could not get them to stop. Elder Stow came up with the solution. He set his sonic device and told Lockhart where to hold it.

“It amplifies sound waves,” he explained, and Lockhart took it like a microphone.