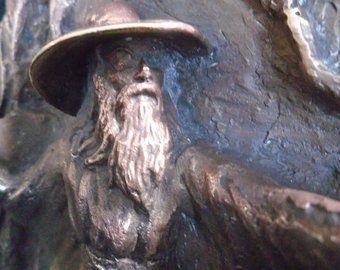 “You really are an ordinary looking girl,” Brunhild said at last, squeezing Greta’s cheeks.  “Funny that you should have gotten so close to power and then failed at the last.”

“Whatever do you mean?”  Greta asked through fish-like lips.

“Silly girl.”  Brunhild smiled wickedly and let go, scratching Greta’s face with her nails. “My god, the Lord Mithras, blessings on him, has pledged to take over the whole world, beginning with Rome.  I shall marry the next emperor and rule the world, my dear.”

At first, the idea of Rome taking over the world brought a bad episode of Star Trek to mind; but then Greta’s eyes widened. “No,” she said.  “You cannot have him.  He will not serve you.” 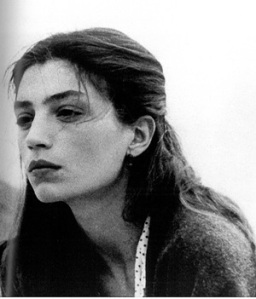 “So, you know.”  Lady Brunhild mused.  “Yes, I must remember that you are no fool.  At first I thought my Lord wanted me to use Trajan’s weapons against Rome, ironic as that would have been.  But now I see that in his all-powerful turning of fate, all of this, the rebellion, certain Romans being here in this hinterland, the Quadi, all of it was simply to bring Marcus to my side.”

“Why, yes, my dear.”  The lady had a flashy grin.  “And when I put my Germanic peoples together with the Romans, no force on earth shall stop us.”  She laughed. “Now don’t you think Marcus will make a good puppet?”

“He will make a good emperor.”  Greta spoke carefully.  “But he will never be the puppet you imagine.  Be careful, lest you end up serving him.”  Greta shook her head.  “Oh, I forgot.”  She spoke with determination.  “You won’t be there with him.”

Lady Brunhild slapped Greta’s face and started her lip bleeding again.  Then her smile returned and she pinched Greta’s cheeks once more.

“Now, what makes you think that?” She asked.

I’ll stop you, Greta thought, but she said nothing. All the same, Lady Brunhild laughed. She might not have been able to read Greta’s mind, but she could easily read Greta’s face.

“Let’s see your toy.”  The lady said, and scratched Greta’s face again as she turned toward the altar.  She looked carefully, and so did everyone else.  Lady Brunhild slowly circled the altar until she stood right behind it. Then she laughed again and waved her hand right through the object.  The statue wavered for a moment in the wind, like a vision of heat rising from the rocks, and then it vanished altogether.  “Very good.”  Lady Brunhild appeared impressed.  “I knew you had some power by blood, though I thought it was only a little from your grandmother.  I had no idea you were capable of such an illusion.  Such magic!”  She was not really impressed, but spoke to Greta like a mother might speak to a toddler. She came to pinch Greta’s cheeks a third time, and now it started to become very painful, but there seemed nothing Greta could do about it.  Her arms were still held tight.  “You may even have something of a lesser Spirit about you and that may be why I can’t quite catch your thoughts.”  She let go once more, and the scratch in her face began to bleed. 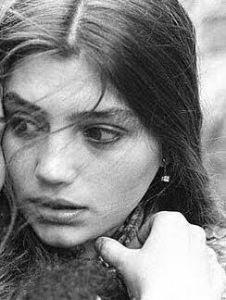 “But no matter.  My power has been granted to me by a god, by the Divine Mithras himself, blessings on him.  You startled me well in Boarshag, but I was not nearly so strong then as I am now. Perhaps this time I can startle you.” She giggled a very girlish giggle at her own thoughts and it made Greta want to gag.

“Mother.”  Kunther interrupted at no little risk.  “I mean, Brunhild.  These are the result of no illusion.”  He brought forward the man with the burned hands.  Brunhild touched them and closed her eyes.  Greta could see the strain on Brunhild’s face, but slowly, the blisters went away, the blackened flesh turned red and then fair again, and soon enough, all of the red had gone.  The man began to weep in gratitude, but Lady Brunhild brushed him off.  She had to catch her breath.  She clearly looked worn.

“There are other ways to burn a fool than by a spurious statue,” Brunhild said.  “As you told me, he dropped the statue, but the fire stayed on his hands.”

“That’s true.”  Several men confirmed, and Lady Brunhild brushed off any further discussion on that matter as well and turned back to Greta.  Greta steeled herself, calmed her insides and wondered what would happen next.

“That armor you manifested that day in Boarshag.  I would have it.”  She came right out with it.

“It is not mine to give.”  Greta responded.  It was hers, but only in her lifetime.  In truth, it belonged to her greater self, to the Kairos, and got passed down from Traveler to Traveler, from life to life.

“Manifest it now!”  Greta felt the power of Lady Brunhild’s demand hit like a brick.  It struck her mind and twisted her gut. Greta had no power like that.  She could not resist, but the armor resisted. It remained rooted too deep in the works of the gods of old.  Lady Brunhild might kill her, Greta thought, but the woman would never have the armor.

“Now!”  The Lady got impatient, and Greta could see her straining.  She forced the issue and Greta nearly went unconscious.  Then voices came into Greta’s head. 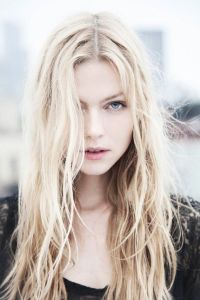 “She would do better if she relaxed and kept herself free of her emotions and impatient will.”  Danna spoke through time.

“I would not suggest it, though.”  Salacia quipped.

“Go ahead and show her the armor.”  Nameless finished.  “Trust.  You are the Kairos now.”

Greta did not exactly understand what Nameless meant by that, but she understood that her work throughout history was always a struggle, full of human foibles and failings.  Invariably she had to trust in the source, as the gods used to call it. She knew now, and for the last hundred and fifty years or so, what she had always known but was never allowed to speak about.  She knew what Gerraint knew, what Arthur learned despite Merlin, and what Festuscato knew as well.  She had to trust in the source, now called the King of Kings and Lord of Lords, which is to say, the God of the gods.  She called to her armor, and the call sounded strong, though she had nearly fallen into a coma.  She could always call for her armor, she knew, whether she found herself beneath the ocean or sucked into the vacuum of space, her voice would make the sound, and her armor would come.