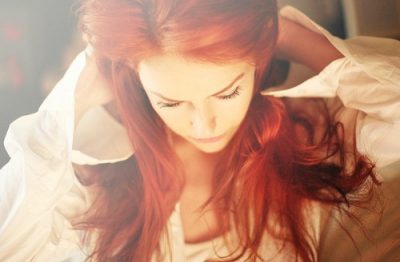 Boston noticed around ten in the morning.  She got her amulet out to check the direction and had to ask Lockhart and Katie.  “I don’t get it,” she said.  “I checked against the maps Lincoln has in the database.  If we are in the gulf, or bay of Nicomedia, or whatever, the Kairos in Nicaea should be off to our right, inching to due right.  But the amulet shows him off to the left, like we missed the bay and headed down the coast.”

Katie pulled out her prototype amulet to check.  “Mine is not that sophisticated, but I see the next time gate shifted further east, rather than east-southeast.  I supposed, in Nicomedia, it would have shifted more to the south, not more to the east.  I assume the Kairos is still in Nicaea.”

Elder Stow frowned at having to pause his repair work but got out his scanner to check.  He looked first and described what he saw.  “We missed the bay or gulf or whatever you call the body of water headed toward Nicomedia.  We are headed down the coast of Anatolia, instead…  Anatolia?”  He asked about the name.

“That’s right,” Tony said.  He and Sukki were keeping the old man company.

Lincoln and Alexis stepped up to see what was happening, but Lockhart and Katie turned to find the captain.  “Captain Ardocles,” Katie called.  “We appear to have missed the Gulf of Nicomedia.”

“Gulf of Astacus,” the captain called it.  “Storms.”  That seemed all he intended to say, but Lockhart, the former policeman, noticed the quivering mouth and shifty eyes of a liar.  He would not look them in their eyes. 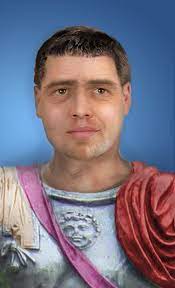 Captain Ardacles looked up at the big man, as most in that age did, and thought to give a further explanation.  He enhanced the lie.  “The Gulf of Astacus is very narrow.  To be caught in a storm there is very dangerous.  A ship can be driven up against the rocks.  We will sail down to Apamea, instead.  You can take the road from there to Nicaea easily enough, and it won’t have nearly the traffic as between Nicomedia and Nicaea.  The road between Nicomedia and Nicaea is dangerous with thieves these days, what with all the rich priests on the road, and all.”  He turned to Katie and condescended to the woman.  “Don’t worry.  I know this coast very well.  I grew up in Cyzicus.”

“We got three ships on the horizon,” Decker interrupted, as he and Nanette stepped away from the railing.  Decker held his binoculars.  Nanette wore a frown.  Lockhart borrowed the binoculars.  They looked like warships the way Katie described them.  They had their oars out and came on fast.

“Probably just the Roman patrol ships,” Captain Ardacles lied, quickly, and squinted in the direction Decker pointed, but the ships were beyond the sight of his naked eye.

“Arm up,” Lockhart ordered, and no one argued.  “Just to be safe,” he told the captain as he handed back Decker’s binoculars.

Nanette turned to Alexis and Sukki while people went below to fetch their weapons.  “Rich priest should be an oxymoron.  No reason a priest should not live comfortably well, but anything over his living should be shared with those who have no comforts.  Priests have no business stockpiling riches for themselves.”

Again, no one argued.

They waited.  They kept their weapons at hand, and watched the warships draw closer.  Elder Stow went back to work on his screen device, though it did not take long for the ships to approach, as their own ship headed straight for them.  The ships came in a line which Decker called war formation.  Only the ship in front presented a face to the enemy.  The ones behind remained hidden, and their distance was hard to judge.

Pinto came out from hiding to stand behind the captain and watch.  Nanette and Alexis joined

Sukki in watching over Elder Stow.  Then the ship in front tipped their hand, or as the others said, made a mistake.  They sent a small boulder from a catapult, like a warning shot to get their ship to lower the sails and surrender.

“Idiots.  They are risking damage to the horses,” Pinto mumbled, and Boston heard with her good elf ears.

The rock sailed toward the deck, near where Elder Stow worked and tried to ignore everyone.  Nanette caught it with her telekinetic magic and shoved it into the sea.  It hit the water, and unfortunately, the splash hit the deck.  Elder Stow let out an angry shout.

“I will never get this fixed with all these interruptions.”  He slipped the device in the appropriate pocket of his belt and took to the sky.  Sukki followed him into the air, concerned for his safety.  The others watched, closely, through rifle scopes and binoculars, and Boston’s elf eyes.

Elder Stow pulled his weapon and burned the mast down to cinders, burning a hole all the way through the hull to the sea.  Sukki thought to take out their ability to move.  She used her own goddess-given heat ray to slice through both sets of oars that drove the bireme, on both sides of the ship.

That did not satisfy Elder Stow.  He turned his weapon on the length of the ship just below the water line.  He made a great deal of steam but cut open the whole length of the hull.  The ship went down quickly, and men had to swim for their lives.

“Maybe the ships in the rear will stop and pick up their fellows,” Elder Stow said.

Meanwhile, Tony, Lincoln, and Alexis, convinced the men on the rudder to turn the ship around.  The captain said they could not outrun the warships, that the wind would be against them, and their only real option was to lower the sail and surrender; but he got overruled.  Lockhart, the former police officer, got out the handcuffs he carried all the way from the twenty-first century.

Pinto began to yell to the crew to take the sails down and prepare to surrender.  Nanette threw a shield of telekinetic force around the sails as they turned, so the crew could not touch them.  Lockhart hit the mate in the face and knocked him down.  He cuffed and gagged the man, and tied the man’s legs together, so he could not go anywhere.  He left Captain Ardacles free, to help, as long as Father Flavius and Deacon Galarius kept an eye on him, and as long as he helped.  Then he got ready to repel boarders.

The second ship in the line went around while Elder Stow and Sukki attacked the first ship.  They got close but could not exactly come alongside while the ship was turning around in a wide arc.  They settled for close enough and fired three grappling hooks with ropes from three ballistae they had on their deck.  The one out front splashed in the sea, but the other two struck.

The one in the middle hit the main mast, bounced off, and scurried across the deck.  Crewmen leapt out of the way for fear the hook might grab them and knock them overboard.  It finally caught on the railing, and the rope. which reached to the warship. got pulled taught by a dozen men who began to pull the two ships closer together.

The grappling hook in the rear busted through the aftercastle wall and caught on something.  The men on the other end of that rope began to pull as well.  Soon enough, the two ships would be close enough to lay down planks and cross over, and the warship appeared to have two dozen mean looking men ready to do that very thing.

Katie, Decker, and Boston, all found some cover against the archers on the warship’s aftercastle.  Lockhart and Lincoln, with their handguns, went after those archers while the others opened up on the enemy.  Katie took one group on a rope.  Decker took the other group, and Boston fired on the men that planned to cross over and board their ship.  She had treated three arrows so they would explode on contact.

Boston’s first shot fell a bit short.  She hit just below the railing.  She blew a hole in the railing and the deck and side of the ship.  She may have caught a few men with splinters, but that was about it.  She growled and let her second arrow fly.  She over compensated.  She would have sent her arrow over the far side of the warship if she had not scraped the mast.  The explosion cracked the mast, but the men ducked, and Boston really growled.  Her third arrow finally hit the deck, but by this time, the men backed away.  She blew a gaping hole in the deck, and several enemy men fell, either injured or knocked silly from the explosion, but it did not have the affect Boston wanted.  She got really mad.  She grabbed her wand and sent a giant fireball across the gap.  It cleared the deck of men who ran for their lives and set the enemy sails on fire. 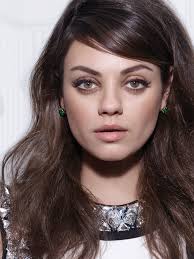 By then, Katie, Decker, Lincoln, and Lockhart were picking off any enemy who stuck his head up or dared show himself.  Elder Stow and Sukki returned from sinking their ship.  Elder Stow settled down by Tony and the men at the rudder, mumbling that now he might get some work done.  Sukki burned through the ropes attached to the other ship from overhead, which set their ship free.  She also sliced through the oars on one side, in case they were foolish enough to follow, before she landed on the deck beside Boston.

Alexis shouted to the rudder.  “Hold it steady.”  She shouted to Nanette.  “Can you raise the front end of the ship a bit, so it doesn’t drag so much?”  Nanette had to think about it, but nodded, that she would try.  Alexis raised the wind and the ship jerked forward before it settled into a steady pace, far faster than the ship had ever flown.

They soon left the third bireme behind, and saw it turn around, probably to pick up survivors from the other two warships.

Having escaped the pirates, the travelers move to the gulf where there is a storm brewing, but not a natural one.  Until Monday, Happy Reading