Ethan awoke to the sound of arguing.  Lucky he was not awake to hear Colonel deMartin’s first words, which were enough to turn anyone’s ears red.  Lars of the quick draw and Manomar of the long knife disarmed the man, so at least there was no chance for him to start shooting people out of fear or panic.  Still, he sounded far from calm, and Alexander and Ali Pasha tried their best to explain the inexplicable and somehow bring the man back to his reasonable senses.  Jill, meanwhile, hovered over Ethan and when he opened his eyes, she kissed him several times and let a tear fall. 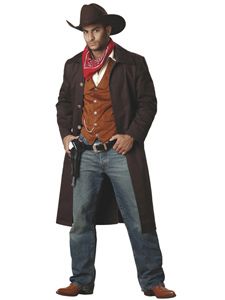 “I was so afraid for you.  Lars got knocked on his back and he did not actually touch the unit.  I was afraid you were not strong enough yet to hold it,” she said.  She helped him sit up.

“I’m not,” he admitted and shook his head.  “But I couldn’t leave you to face being hung, tortured, burned at the stake, shot by a firing squad and fried by some Neanderthal ray guns without me.”  She kissed him again as he hoped she would, and then she helped him to his feet while he listened to what was going on.

“So, what you are telling me is this is some completely different world, not only not on the map, but not even in the universe.”  Colonel deMartin at least sounded rational.

“We are in a universe,” Lars said.  “It is just not your universe, and not mine either by the looks of things.”  Ethan followed that cue and looked around, but he saw only stunted trees and bushes trying to grow in an impossibly dead and dry environment.  The grass looked all scraggly and he saw no sign of birds or animals at all.

“Paradise?” he asked Jill, with a frown.

“No,” she answered.  “A different place altogether.  Twenty-second century in your terms, maybe twenty-third.”

“A world you have been to,” he guessed.

“I had to take us somewhere to maybe get rid of the trace.”  Jill nodded and started to let go, but grabbed on again as Ethan began to fall.  Alexander came over to help and on Jill’s instructions, he repacked the laptop, which she had shut down.  He also, carefully put the transitional unit in the briefcase.  Lars and Manomar came back from their little scouting expedition and reported no signs of life. 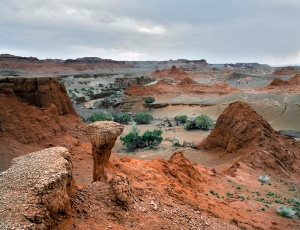 “We must go west, and quickly,” Jill said.  “We are too close to the ruins across the Hudson.  Heavy radiation area.”  She added that last word for Ethan’s ears only, not that the others would have understood.

“Come, my friend.”  Ali Pasha helped deMartin to his feet, and they started to walk as quickly as Ethan’s feet and deMartin’s mind could handle.  As the day wore on, the flora that surrounded them improved until it appeared almost normal.  Then Lars and Colonel deMartin both found the remains of bricks and burned wood in several places.

“This area used to be all towns and villages, about a hundred and fifty years ago,” Jill said.  “The scientists who came here after the bomb was dropped on New Rome used to say they were walking on graves.”

“Bomb on New York?”  Ethan asked, catching up with what she said earlier about radiation.  Jill nodded.   “It went off just above the Hudson.”  She explained as they walked.  Ali Pasha and Peter Alexander began to walk very carefully.  They were put off by the idea of walking on graves.

“More than the colonel’s world, and more than Ali Pasha’s world, this world truly evolved down to five great empires that covered the globe.  The Persians conquered Greece, or they were handed Greece after Phillip of Macedon and his son Alexander were both murdered.  I thought of here when you suggested that the other day.”

“The Persians might have gone on to take the whole world at that point if the Greeks cooperated, but the wars of subjection, actually subduing the Greeks, is not called the two-hundred-years war for nothing, and what this did was allow Rome and Carthage the time they needed to grow strong.”

Ethan nodded again.  He followed her thus far, but he could not yet talk and walk at the same time, so he held his tongue.

“Carthage and Rome joined in a Pax Romana, as it was called, and stood together against the Persian threat.  While in the East, in India, the Mauryan Empire got seriously started under a man named Asoka.  That was near the same time, between two and three hundred years before Christ, and in China, the Ch’in took over under the First Emperor, and never relinquished power.”

“By the time I came here, the whole globe was covered with one or another of those empires, but they were ahead of all of your worlds, even yours, Ethan.  With Persia in the middle to act as the ultimate merchants, things like Gunpowder, paper and printing spread fast.  Trouble came to this continent when the Roman Colonies, thirteen originally, coincidentally, vied for their independence.  It was something about taxation without representation.  The revolution did not last long.  It ended when the Romans dropped the first bomb on their own people in New York, or rather, New Rome.”

Jill turned to Ethan.  “This all happened about when your America was suffering through a Civil War.”  Ethan understood about how long ago that was, and he was a bit concerned that the radiation was still strong enough to be a danger.  Jill picked up the story then for everyone. 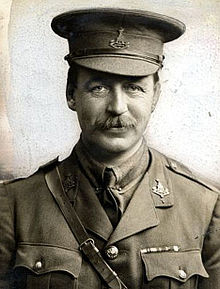 “Since then, since the New World got fully settled and there were no more frontiers for the excess populations.  The Empires lived in a shaky peace, constantly realigning in new, alternate alliances, and constantly nibbling at each other’s borders.  When I was last here, Carthage and the Chin were the outsiders aligned against Rome, Persia and the Mauryan in the middle, and it looked like the true World War might finally happen.”

“I do not understand.”  Colonel deMartin interrupted.  “How many bombs did they drop on that city and why should it affect the countryside to this distance and after all this time?”

“Exactly.”  Lars had been wondering much the same thing, but he hardly knew how to frame the question.  “How many bombs?”