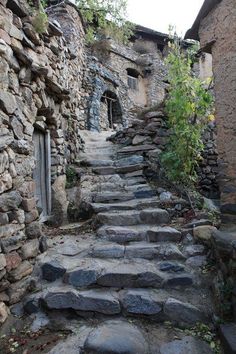 Tel-Aram and his twelve men that used to be fifteen came to the edge of the town when the group of thirty came up from the Aramean slums.

“We can do this,” Lockhart agreed, and the men followed in a mob. 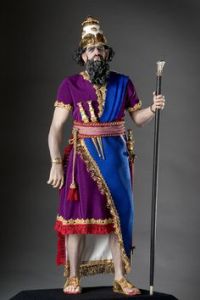 Lincoln pulled Lockhart over toward the king’s house and a few men followed them.  Two guards stood outside, uncertain of what to do as the king came to the throne room door and shouted.

“There are no ghouls in here.  We are safe in here.”

Lockhart barely paused when he faced the hesitant guards.  “Your king doesn’t know a ghoul from a lug nut,” he said, and pushed past, Lincoln and the others behind him.  The king tried to block the way, but they pushed inside and saw an eight footer standing by the throne.  A cluster of people, including the queen and her son, huddled in the corner, unable to get to the stairs or the double doors.  Two men lay on the floor like discarded husks.  Their life force had been sucked out of them, and the ghoul had a limp guard in one hand.  If the guard was not dead, he would be soon.

The ghoul roared and turned his head one hundred and eighty degrees around to stare at the men in the doorway.  He got a shotgun blast in the face, and Lincoln fired several bullets in the ghoul’s middle before Lockhart blasted the ghoul’s chest.

On the street, there were two ghouls in the central square, and several dead bodies at their feet.  Decker, in front of the crowd, flipped his rifle to automatic.  He fired several bursts of automatic fire into the two, riddling them with bullets before he felt the response.  His mind felt on fire, and he squeezed his eyes shut and yelled as loud as he could.

Both ghouls quickly collapsed, and the men who had been hanging back raced forward, spears ready to finish the job.

Down at the corner, by a back street, Mingus and Elder Stow stopped to stare at the ghoul in front of them.  The ghoul appeared to laugh at them and the men with spears behind them who followed them.  Neither Mingus nor elder stow appeared armed, but even as the ghoul laughed, both Elder Stow and Mingus looked at each other, and both removed the glamours of humanity they wore.

Suddenly confronted with an elder elf and a Gott-Druk of who knew what power, the ghoul changed his mind.  He could not possess them both and her knew he was outmatched.  He turned to run, but Mingus set fire to his feet and Elder Stow fired straight on.  The beam from Elder Stows weapon made a foot-wide hole in the ghoul’s back and continued on to scorch the next house.  That ghoul became a green and purple smudge faster than normal.

Both Mingus and Elder Stow remembered to put their glamours back on before they turned to the men who now stared, slack-jawed.  “You might want to get some water on that house,” Elder Stow said casually, and turned to Mingus.  “I did not know what strength to set it at.”  Mingus nodded and suggested they go see how the others were doing.

In fact, Tel-Aram and his men had the last two ghouls surrounded and they were pushing them toward a door.  The ghouls recognized there were too many spears, and the ones with guns were watching.  Tel-Aram opened the door to the house, and the ghouls were ushered inside as Tel-Aram slammed the door shut.  Everyone got quiet to listen.

They all heard the ghouls whine, screech, and bellow, and finally heard two death wails, which told Decker, Lincoln and Lockhart that they could count two more down.

“I was afraid they might go to ground once they got out of the circle of spears,” Lockhart admitted.

“Apparently, that takes some time, and they are vulnerable to be pulled back up as long as something is above the surface,” Lincoln reported.

“I’m guessing a tentacle or two would do the trick,” Lockhart suggested.

“Or a backhoe,” Decker countered.

Three days later, the men sat with Tera, Alexis, and Tel-Aram in front of Tel-Aram’s house and waited.  Rebecca, with help from Boston and Katie, finished the repair to the Blob’s sensor array, and they got it installed.  Now all they needed was a test flight.

“Rebecca said she hoped Blobby didn’t get indigestion from those ghouls,” Alexis said.

“I don’t see how that is possible,” Lockhart said.  “Once you kill a ghoul, it melts and become just a smudge on the ground.” 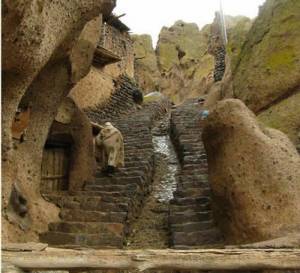 “Actually,” Mingus responded.  “When hungry enough, ghouls have been known to eat other ghouls.”

“But when they die…”

“I never said they kill the ghouls first, though I do understand they sometimes cook them.”

Lincoln looked sick.  “I can’t imagine what that must taste like.”

“That depends on how you cook it,” Elder Stow said, and the others looked at him with dropped jaws.  Elder Stow made a joke.

“Here they come,” Decker said, as the only one who was watching, and they all stood and moved to the side, just in case they had trouble landing.  The Blob ship looked like a big rubber ball, and Rebecca said it took six hands and three feet to drive it.  Lockhart rode out with the others one afternoon to look at it.  He was not sure how those three women could even fit inside the thing.

The ship wobbled a bit as it came in, but it touched down well enough and spun about sixty degrees to line up the two doors.  Tel-Aram was there to open his door when they were ready.  The ship door, which opened, was a big round piece of the hull that slid back into the door hole.

Rebecca came out and said, “I hope Blobby did not put on too much weight while he was here.  It is hard to tell just to look at him.”

“Him?” Lincoln asked as she, Katie and Boston came to join them, well out of the way.

“It.  Asexual.  But ‘It’ sounds so impersonal,” Rebecca said.  “After Junior had a long talk with the thing last night, I feel like I know him.”

“Yes.  He had to explain once and for all that his planet is off limits.  Blobby had no business

getting shot down anywhere near this world.”

“And I missed it?” Boston complained again.

Rebecca gave the signal and Tel-Aram bravely opened the door and stepped way back.  They saw it push out, cracking the door frame on both sides, before it squeezed inside the ship.

Lincoln applauded.  “My life is complete.  I actually saw an alien Jell-O-blob.”

“I’m happy for you,” Alexis said as she took Lincoln’s arm.  She sounded happy for him.

They watched the Blob ship take to the sky and disappear in the clouds.

“So now we all go,” Decker said.  He sounded anxious.  No one argued.  The king and his family were in seclusion, but who knew how long that would last.

When they got back to the house, Rebecca had a surprise waiting for the travelers.

“We don’t say that anymore.”

“These are our friends.”

“Pluckman,” Boston got down and hugged the little dwarf which turned his face almost as red as Boston’s hair.

“I see you’ve grown out your beard,” Alexis noticed.

“Got a little gray in it after a hundred years, or however long it has been,” Lincoln said.

“And I see you grew the clan a bit,” Lockhart added.

Pluckman turned once all the way around.  “It’s the women folk,” he said.  “They keep pushing out the little ones.  Can’t be helped.”

Elder Stow whispered to Mingus.  “They all look like bearded little fellows.  Which ones are the women folk?”

“So which way will you go?” Boston asked Rebecca, holding the amulet and wondering if Rebecca’s journey might significantly change the location of the time gate.

“Don’t worry,” she answered.  “We won’t be going anywhere for at least a week.”

Tera was there and took up the question.  “South.  West.  Sort of westish-southish.  We have relatives around Haran.  I thought we might go there and see how the land lays.”

They all said good luck as the travelers started walking their horses, surrounded by their escorts, Boston complaining that it was going to take forever to walk to the next time gate.

Over the next three days, they walked the horses to where they told Pluckman the gate had changed.  When they got there, they said good-bye for a second time to all the little ones.  Elder Stow still looked confused about which ones were the women folk, and Mingus still smiled. 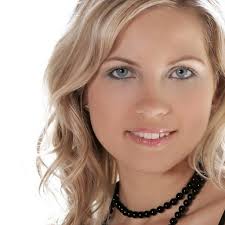 Lockhart, who was glad to see that Leah and Nebo were going to marry, asked if Katie thought they might have some children of their own.  Marriage and children were on his mind.

“Yes,” Katie said, with a big smile.  “I imagine they will have a son named Lot.”

Lincoln spoke up.  “What I can’t figure is the database says Abraham lived to be a hundred and eighty some years old.

“And Sari-Sarah,” Alexis said.  “She lived a long time as well.”

Lincoln looked up before he went through the time gate.  “I guess it is like Mingus said.  Some mysteries remain.”