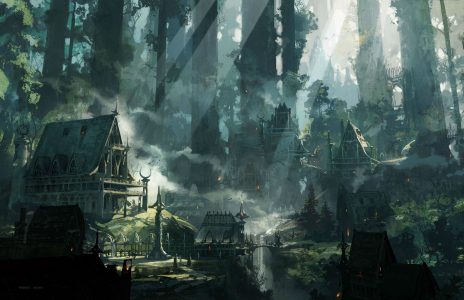 The group stayed one day and a second night with the elves, but the men all insisted that to stay longer would be dangerous.  Bogus called the elf village enchantingly comfortable and said even staying one day would tempt the humans to stay a week, or a month, or years.  Alesander said the longer they stayed, the more they gave their enemies time to gather their forces and set traps for when they left the sanctuary of the elves. Hermes got more honest about human nature.  He said they were sharp when they were on edge and struggling to stay alive in the wilderness, but too much comfort would leave them soft and lazy and more easily taken by surprise.

Greta nodded to all they said, but let them get a little soft and allowed them at least one lazy day.  The elves understood and took the people on a tour of the village.  They offered Briana and the soldiers time in the fields and some pointers in practicing their martial skills which might well be needed in the days ahead.  Bogus got carted off by several elf ladies and treated well.  Nudd chose to stay around the big house where they slept and ate, and that was fine. On Greta’s insistence, Mavis disappeared and spent the whole day with her own people.  She returned in the evening, happy.

Greta stayed by the big house.  Several elves came to see her, and a couple had serious problems and complaints that she could not simply fix by divine fiat.  She had to call on her every ounce of wisdom and training as Mother Greta to not disappoint her petitioners.  Even so, by evening she felt like a poor excuse for a goddess.  Oreona helped some.  She said they all understood that in this life Greta was a mere human with all the human frailties and limitations, and they could only expect her to do her human best. 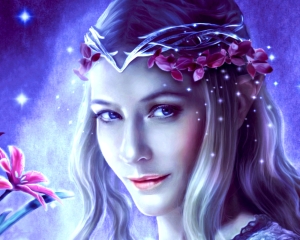 “Elves are people too,” Oreona added.  “And people have to work out their own problems and relationships and not demand that the gods do it all for them.  The gods never said life in this world would be easy or fair.  We all need to do our best and hope that when the day comes and we travel to the other side, we may receive grace and mercy.  You see?  I used the Christian words.  I hope I used them correctly.”

“You have,” Greta said, and her hand reached for the cross she always wore around her neck only to remember she gave it to Berry on the day Berry went in search of her father.  “And like so many times, past and future, I feel very inadequate for all the faith and trust you put in me.  I am no goddess.”

“But you are.  You are the Kairos.  We chose you as our god and goddess all those millennia ago because you are frail and fragile and you regularly die, even if you are reborn and don’t really die.  We would not have an immortal over us.  We believed it was more important to have one that understood limits and mortality, hardship and pain.  I am eight hundred and sixty years old, and if I live another hundred and fifty years, I will have lived a full life, and thanks to you and the many lives you lived before you were born as Greta, I will travel to the other side with faith, hope and love, not fear and tears.”

Greta nodded, but turned her head to wipe a tear of her own.  The words helped and made it worse at the same time.  She could not promise her little ones anything when age or some trouble took their life and they left this world and headed into the unknown. All she could do was what she had always done; grant them hope, encourage them to goodness, kindness, peace and love and then pray every day that the God of the gods might have mercy on them.  It was not much to give.  It was not enough, but it was all she had.

“Tell me about Berry and Fae, Hans and Hobknot,” Greta asked to change the subject.  “Did they come this way?  Do you know?” 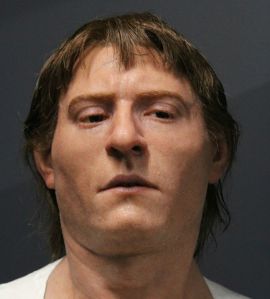 “They did, but we did not bother them and they did not seek us out.  As far as I know, they moved without incident or trouble.  Even the human horsemen did not impede their progress.”  Greta nodded, glad they were not troubled, but she did not get the chance to say so out loud.

“Lady?”  Nudd came out from the inside and sat on the far side of Greta, away from the elf.  He meant no offense, and Oreona did not get offended, but clearly Nudd felt uncomfortable with the whole idea.

Greta found a handkerchief, wiped her eyes and blew her nose.  “Don’t be afraid,” she told Nudd.  “These good people will not hurt you.”

“I know this,” Nudd nodded.  “But I can’t seem to convince my spine or the hair on the back of my neck.”

“Maybe a blindfold would help,” Oreona suggested, with a truly elfish grin.

“His reaction is not uncommon,” Greta said, and they waited for her to explain.  “I have found about ten to twenty percent of the human race is uncomfortable and afraid at the whole idea of being face to face with the spirits of the earth. About ten to twenty percent are enchanted in their hearts.  They love the little ones and only want more.  But the vast majority, some sixty to eighty percent are muddled in the middle. Most can adjust to being in contact with the spirit world, but they don’t love it and are not entirely comfortable with it.  It is kind of like politics.  Twenty percent for, twenty percent against and sixty percent in the wishy-washy middle.”

“As you say,” Nudd mumbled and tried hard to sit still and not fidget before he went back inside. 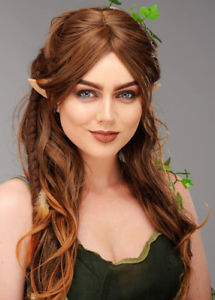 Mavis came back at sundown in full elf regalia. She asked if it was all right if she quit the glamour of humanity for the time being.  “Here in the wilderness?”  She asked, sweetly.  Greta gave her a warm smile and a kiss on the cheek for an answer, and then thought she better say something.

“Just be watchful and gentle with poor Nudd.  His fear is primal and too deep to counter. He can’t help it.”

“Oh, I will, Lady.  I will continue to treat him like the poor and needy son I never had.”

“I thought that was my job,” Greta said.

Briana stepped up at that moment and gave Mavis a happy hug, seeing her in her true elf form for the first time.  “That is everyone’s job.  I assume you are talking about Nudd.”

“Can’t fool me,” Hermes said as he came up and slapped Alesander on the shoulder.  “You two are just practicing for the future, using Nudd as a poor foster child.”  He took Mavis’ hand, not the least surprised by her appearance, and they went in to find Nudd.  Greta figured Mavis already showed Hermes her true look, but she was not too sure the handholding was called for.  Meanwhile, Alesander put on his most stoic look, an emotionless face worthy of Marcus Aurelius himself.  Briana blushed, glanced at Alesander and Greta and made a dash for the inside.

“Lady,” Alesander said with a slight bow.  “My intentions are honorable.”

“Of course,” Greta said, having known the man over the last seven years.  “I would be surprised if they weren’t.”

Alesander went inside with another bow as Bogus came up surrounded by a bevy of elf maidens.  “Farewell,” Bogus told them in a moment of melodrama, and two of the women giggled, appropriately.  He paused and waved until the elf maidens were presumably out of earshot, though he knew full well elf ears were miraculous things.  “I don’t know why I ever had trouble with the elves of light. They are fine people, even if a bit too honest for my tastes.”  He looked around and spoke before Longbow arrived.  “Where is the would-be hunter, Vedix?” 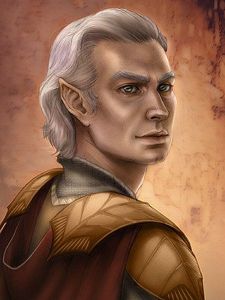 “Lady.”  Longbow answered when he arrived, having heard the whispered question from twenty feet off.  “Vedix and Lucius went for a ride this afternoon.  They said they wanted to scout the territory and the way you would travel in the morning.  Horns went with them, but it seemed to me they were up to something.”

Greta nodded but held her tongue.  Vedix was not in the anxiety twenty percent, and he appeared to be used to Bogus, but clearly, he did not appear comfortable around so many earth spirits.  That might have been all there was to it.  Then again, Lucius still bothered her when she thought about it.  Mostly she had not thought about it, but in this case, she wondered what he might be up to.

Lady Oreona invited them all inside.  “Come in,” she said. “We killed the fatted calf.”