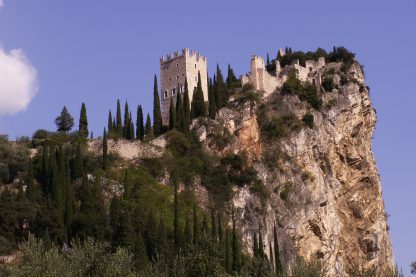 Something bothered Gregor.  “And where will you be in all of this?” he asked.

“I have to confront the Lady Brunhild,” Greta said.  “Which reminds me, Thissle.  Under no circumstances are you to be in the same room as Lady Brunhild.”  She turned to Bragi.  “I do not know the extent of her powers, but I will not risk Thissle, Okay?”

“She said that right,” Bragi interjected. “Lady Brunhild is a witch.  She bewitched us all.  I know you have the sight, but you have no power like hers.”

“She turned one man into a dog,” Gregor said. The others looked at him as if he had lost all sense, but he insisted.  “It is true.  Hagen confronted her and she turned him into a dog right in front of my eyes.”

“You can’t confront her,” Bragi said.

“But I am the only one who can,” Greta responded. “And this rebellion will never be over until Lady Brunhild is finished, one way or the other.”

“Bragi.”  The guard stuck his head in the door.  “The Lady is returning from the Quadi camp.  You need to get out of there before Kunther finds you.”

Greta gave her brother a last hug.  “Good luck,” she said.  “Take care of my Thissle.”  Greta let go, and Bragi left with the invisible Thissle beside him. The door got shut and bolted once again.

After that, Vasen became full of questions for Thorn. Curiously, no one questioned her authority over these gnomes except for Vasen’s one comment near the end.

“Truly you are Mother Greta.”  Gregor started it.  “Only the woman of the ways would know such things.”

Vasen shook his head.  “There is more here than mere tales of the woman of the ways.” 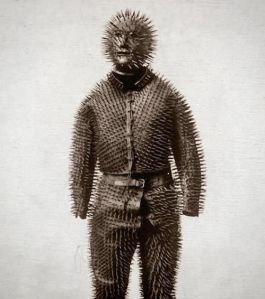 “You don’t want to be a tale teller,” she said, as she went over to examine a tapestry on the wall.  Thorn shrugged, but got the message and got quiet.

“There is a lot of fairy work in the wall hanging,” Thorn said after a while.  “I can smell it.

“Yes,” Greta agreed.  “Grandfather Woden had it on the wall when this served as his hunting lodge.  The haunted forest started as his hunting preserve, you know.”  Thorn smiled.  Greta rolled her eyes and slapped her hand to her mouth almost hard enough to start it bleeding again.

“The wise woman keeps silent, but the fool’s tongue cannot keep still,” Greta said through her fingers just before they heard a sound at the door.  “Thorn. Behind the tapestry.”  The little one complied.

Four guards stepped in and then stepped aside to let Lady Brunhild enter.  She looked as haughty and cruel as ever, Greta thought, yet something else as well. It disturbed Greta to look at the woman because she could not pinpoint what was wrong with the picture.

Lady Brunhild glanced at Greta, looked at Gregor who had a scowl on his face, and looked briefly at Finbear who did not look sure he knew what was going on.  Vasen turned his back on the Lady, but she stared at him, and he knew it as everyone saw the back of his neck turn red.  She walked casually to the tapestry and examined it, as if she sensed something.

“An exquisite piece of work,” she said. “Don’t you think?”  Greta heard something different about the woman’s voice as well, but it still eluded Greta’s grasp.

“Fairy work, one might say.”  Greta spoke pleasantly.  “It is very finely done.”

“Indeed,” the lady said.  Her hand came away from the tapestry to focus more fully on Greta. “I have been smelling the annoying things all over the Quadi camp all day.  No wonder they were in no condition this morning to mount an attack.”  She took a few steps closer and looked at Greta as if trying to penetrate her mind, but Greta, or more precisely, the Kairos would not let her in.  “Why do I feel you know something about all of this?” she asked.

Greta shrugged and smiled.  The woman would not read her thoughts, and after a moment, Lady Brunhild gave up trying.  She turned quickly toward the door.

“Bring her,” the Lady commanded.  Two men grabbed Greta roughly and seemed to delight in dragging Greta into the sanctuary.  It felt like Vedix all over again.  They returned to the alter which got towered over by the Odin statue, and there the men held her and did not let her so much as touch the scab forming on her lip. Greta saw her own small statue still on the altar, but then she realized it was only a glamour left by Thissle to fool the men.  The real statue had already gone.

Kunther also stood there along with a half dozen other men, including the man with the burned hands.  “Mother.”  He started to speak but became silent when she looked up at him, sharply.

“You must remember to call me Brunhild, Kunther dear, now that I am younger than you, Mother will not do.”  She said it.  That was it!  Lady Brunhild was no longer an elderly woman in her late fifties.  She was now no older than twenty-five, or perhaps twenty, and she spoke as if she expected to get even younger.  She walked up to Greta and squeezed Greta’s cheeks with her boney fingers. She caught the moment of recognition on Greta’s face and thought she might try once more to penetrate Greta’s mind; but no way she could.  Lady Brunhild had obviously gained a great deal of power and strength since their last meeting.  She was probably even more powerful than the Hag at that point, but the Traveler knew too much about the future.  Greta’s mind had been covered under the contract, so to speak, that the ancient gods in unison made millennia ago

in the halls of Karnak.  It was the same contract which allowed her to manifest a power far beyond her natural abilities in relation to the little ones for whom she had been made responsible at that same meeting.  For Brunhild, no matter how strong, the attempt to read Greta’s mind became like a fly attempting to penetrate a concrete wall.