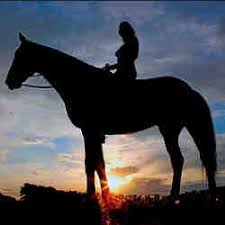 Artie turned and hummed a little tune as she collected rocks to place around a fire.  She collected sticks as well, and then thought to fetch her flint and steel.  By the time Naman came from the trees with his arms full of lumber, the fire was already started.

“How did you do that?” Naman asked.  “It took us an hour last evening to get the fire started.  That was why we were just cooking when you showed up.”

“I had some tinder,” Artie said, innocently.  “I got my flint and steel.  I told you about steel,” she said. 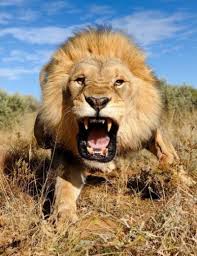 “What do we have that we can cook?” Artie asked.  She got her pot and walked back to the little stream they crossed before the kissing incident.  She smiled at the memory of that.  As she bent down to fill her pot, she heard a roar back in the camp.  She dropped the pot and pulled her knife as she ran.

Naman had his father’s spear and shield, and Abinidab hid behind him.  Naman looked dashing, but he faced a lion, a lone male, from the look of it.  Artie stopped beside Naman and started giving orders.

“Stare in its eyes.  Stare him down.”

“It is Sandan come to take our lives,” Abinidab wailed.

“Show no fear,” Artie commanded.  “Stare him down.”  She growled when the lion roared.  “Lion.  Look at me.”  She spoke firmly and directly to the cat.  “One step at a time, forward,” she said.

“Sakhmet is my sister.”  She took a step, stared as hard as she could, and the lion clearly looked confused. Naman was a little slow on the first step, but he got the idea.

“Bestet is my protector.”  She took another step, and this time, the lion took a step back.

“Wadjt saves the day.”  Artie made no wild moves.  She simply moved, relentless, calm, and determined in her voice, one step at a time.

“Mihos is my friend.”  One more step and the lion backed up.  It roared, a roar of protest, to be sure.  Freedom came racing up to the rescue, and on sight of the big mustang, not to mention the big spear and the annoying woman, the lion thought better, turned and bounded off.

Artie grabbed Freedom by the nose and kissed the horse.  “You are my big protector, aren’t you?”  The horse appeared to like that idea.

“Father fainted,” Naman said.  “And your horse is smarter than Birka, just so we know what we are talking about.” 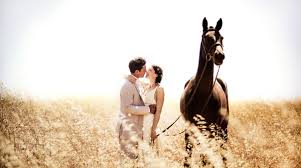 “A woman like that would ruin you,” Artie said, as she put her knife away.

“I would much rather you ruin me,” Naman said.

“Me too,” Artie agreed.  And they were kissing when Abinidab woke from his faint, and smiled.  He looked like a man determined to get his son a wife, no matter what.

Home was a farm, of course.  Basan, age fifteen, watched their few sheep, until he stopped to stare at Artie, up on Freedom’s back.  He saw his brother riding behind her, holding her tight around her waist, and he seemed to be enjoying himself.  Father walked, but that was the only thing not worth staring at.

“Sheep, sheep,” Father said as he passed by.  He waved, and Basan turned to the sheep until father’s back was turned.  Then he went back to staring.

Naman turned Artie and Freedom to the barn.  They were there for over an hour while Artie gave her horse some much needed attention.  They had a small fenced in area where the family kept the sheep in the night.  Artie figured Freedom would not be bothered by the sheep, but she might put him in the barn after dark.  For now, she let him run in the area where the springtime grass grew.

She took Naman’s hand when he took her to the house, but the closer she got, the more nervous she felt.  It finally popped out of her mouth.  “Do you think your mother will like me?”

Naman patted her hand and looked behind them.  “What do you think, Anat?”  Artie felt startled.  She got so anxious; she had not realized they were being followed.

“I don’t know,” Anat said, as they stopped outside the door.  “Mother can be cranky and yells a lot.”  She looked up in Artie’s face, and Artie thought Anat looked precious.  “But I like her,” Anat said, and she even took Artie’s other hand, “So Artie cannot run away,” she explained. 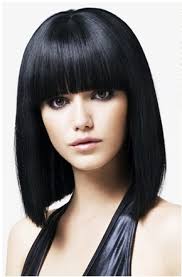 They went in and saw Abinidab sitting at the table, waiting.  Naman’s mother, Amma, stood and walked around Artie, twice, with comments.

“She looks foreign.  Can she cook?  She does not look strong, like a worker.  My son needs a strong wife.”

“Forgive me,” Artie said.  “I just realized, I am not properly dressed.”  She still had on her pink top and her loose-fitting riding pants that looked like a skirt when she stood or walked.  She spoke to her clothes, and they imitated the dress Amma wore, with a bit more flare, and some tatting around the edges.  She also colored it a rich green, like the grass in spring.

Amma sat down, shrieked, threw her apron over her face, and Artie noticed.  “Yes, I need an apron,” she said, and an apron formed out of the fairy weave she wore.  “How’s that?” she asked Doma, who had a broom in her hand and smiled, and Anat, who clapped and grinned.

“Yes, shoes,” she said, and changed hers into sandals, like the girls wore.  “How do I look?” she asked Abinidab, who snickered, because she had showed him about the fairy weave, so he knew she was not a witch.  She also asked Naman, but he appeared to be tongue tied.  That made Artie happy.

Naman looked briefly at his father before he went out.  Artie was not going to be left alone with the family, at least not so soon.  She did remember something, though, and spoke to Abinidab as things came together in her mind.   “Basan needs to bring the sheep in.  There is a rogue lion in the neighborhood.”

Abinidab looked at her, jumped up, and ran out in front of her.  His head hurt, but his son might be in danger.

“Wonderful to meet you,” Artie said.  “I look forward to getting to know you better,” and she stepped outside to see what the trouble was. 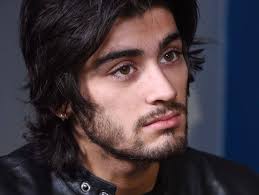 The young man stopped talking when Artie appeared, and rather stared at her.  The obviously pregnant woman beside him also stared at Artie, and Naman paused to introduce everyone.  “Artie, that’s short for Arthur.  This is my friend Hatisuli, and his lovely wife, Sharina.”

“Pleased to meet you,” Artie said, and she did not understand the way Sharina looked at her, until Sharina spoke.

“I’m sorry,” Artie said, offhandedly.  The boys were talking on the side and she wanted in.  “What?”  she put her hand on Naman’s shoulder, and he did not hesitate to include her.

“There are Mitanni soldiers coming down from the trade route.  A tradesman came into town just an hour ago with that word.  Meanwhile, there are Hittite chariots camped just on the other side of the hill.  It looks like they may meet here in our village, and if they do, they may fight.”

“Damn wingnuts,” Artie swore, using words Decker sometimes used.  “Naman, has it occurred to you that someone is toying with us, trying to get me killed, no doubt, without attracting the attention of the gods, or whoever?  First, we get accosted by thieves in the morning.  Then we run into a lion at lunchtime.  And now, before we can even think about supper, we have two army groups ready to come to blows in front of your house.”

Naman thought about it and nodded.  “But I don’t know what we can do about it,” he said.

“Keep our eyes and ears open, and deal with one lion at a time.  My friends will come, and then, whoever it is, will not dare show his face.”

“So, what do we do about the Mitanni and Hittites?” Hatisuli asked Naman, but he turned to look at Artie.

“We stare down the lion,” she said.  “What is the current state between the two parties?  Are they at war or peace?”

“Peace?” Hatisuli did not sound certain. 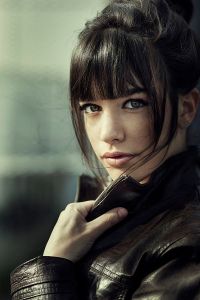 “Have you heard rumors of war, or seen any soldiers before today?”

“No.  None,” Naman said, and he grinned, like he was enjoying this.

“Does this village have rulers, like elders of some sort?”

“Yes, but Naman and I are in charge of gathering the young to defend the village in case of trouble,” Hatisuli said, but with a look at Naman, he added.  “It is sort of self-designated, but the young men and boys listen to us.”

Artie nodded.  “We need to meet with the elders.  I propose to talk to the Mitanni and Hittites and see if we can head them off before they meet here.  Also, you should gather your men, especially those good with a bow, just in case.”

Naman and Hatisuli ran off and Artie turned to Sharina, and said, “Who is Larsa?”

Sharina stared at her, but shook herself enough to answer.  “Larsa is Naman’s girlfriend, or she was before you showed up.”

“Why doesn’t he marry her?”

Sharina stared again.  This was not the expected response.  “Because, Naman’s mother does not like her.  She says Larsa does not come from the right sort of family.”

Artie shrugged.  There were some subtleties about human behavior that were not easy to fathom.  “I’ll see what I can do about that.  Meanwhile, we have to try and talk sense to the old people.  Coming?”

Sharina paused, before she grinned and led the way.