It took all day to climb and scramble down the mountain, and cross the hills that quickly petered out as they approached the plains.  In the first valley, Alexis found a section overgrown with vines.  She picked grapes, and everyone had some and enjoyed them, even though they had seeds.  The humans were no longer accustomed to eating grapes with seeds.

“The Kairos said the food here would nourish only we might not find everything we need.”  Lincoln made a note in his book.

Boston spoke up.  “I have the daily vitamins.  We need to start taking them in the morning.”  She looked.  She had three bottles in her medical pack.  One was marked human, one marked elf, and one marked especially for Doctor Procter.  She wondered what made them all different.  “Hey, wait a minute.”  Boston took the medical kit out of the top of her pack.  It came in its own carry pack, like a purse that could be worn over a shoulder.  She handed it to Alexis.  “You have to be better at this than I am.”

Alexis took it, and by what she called a simple bit of magic, she made the strap longer so she could slip her head and one arm through and carry it on her hip.  “I was thinking of asking for this, but I thought maybe you wanted it.”

“No, ma’am,” Boston said.  She felt used to thinking of Alexis as a much older woman and decided it might take some time to make friends.  “I cry too much and I don’t like to see people bleed.”

“Flighty as a fairy, they say.”

Boston frowned.  She did not imagine that was a compliment, but she did not say anything for the sake of a possible future friendship.

“I hope you keep a good eye on your father,” Lockhart told Roland as they walked.  He looked at the elf and tried hard not to show anything on his face before he turned his eyes again to the trail.  “To be honest, I was not made for elves and fairies and such, though I have known a few in my time.  Still, and I mean no offense, but I find being so close to elves…” he paused, and thought, a bit creepy?  “Let’s just say it is going to take me some time to get used to it.”

Roland did not get offended.  In fact, he answered in innocent honesty.  “I know exactly what you mean.  I have spent time on earth, but working and observing.  I am not used to being around mortals, er, humans like this.  I think what makes it hard for me is the fact that we are more similar than most people think.”

“Similar?”  Lockhart could see very little in the way of similarities.  Creepy was not a bad word.

“We both fall in love, and elves and humans can even have babies together.”

Lockhart could not keep his lip from curling up ever so slightly at the idea of making love to an elf.  He looked back at Alexis and Boston, and gave Roland the point.  Not every human had his problem.

“Do not worry, Lockhart.  I will keep father ever in sight.”  Lockhart merely nodded. 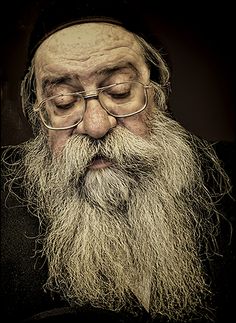 “Aha!”  Doctor Procter shouted from the front of the line.  Lincoln walked beside the doctor and Mingus came right behind.  In fact, Mingus nearly bumped into the two when the doctor came to a sudden halt.  “It’s working.”  The doctor held up the amulet.

“Let me see.”  Lincoln wanted a look, and Boston ran right between Lockhart and Roland.

“That girl has too much energy,” Lockhart said, softly.

“Yes, she does,” Roland agreed, but it was impossible to tell what he thought about that matter.

“You see?”  The Doctor explained.  “It is linked to the castle all the way in the future.  It picks up the vibrations of the time gates and points the way we need to go, like a compass.  That will take us to the next gate.  It gives an approximate distance to travel, here, about twenty miles; and it should give off a dim green light when we get near the gate.  I don’t know if that part works yet.”

“But that is wonderful,” Lincoln shouted.  “However does it work?”

Doctor Procter looked up at the man, while Mingus said the expected, “Magic.”

Mingus and Roland spun around to see who insulted them, but Alexis said it, and grinned.  Mingus stared at her for a second before he conceded the point.  “I never could lie to your mother, either.”  Roland wisely said nothing.

“Let’s have it.”  Alexis reached out and the Doctor handed over the amulet as Lieutenant Harper came up to have a look.  Alexis twirled it twice in her hands before she handed it to Lockhart.  Lockhart immediately handed it to Boston, and Boston spoke up.

“The latch.”  She opened it and stared at the sophisticated electronics inside for a few seconds before she made her pronouncement.  “It is a homing device.  On earth, I would call it a geo-positioning device, but here, I suspect it works in some strange way because of the space and time distortions we are traveling through.”  She closed the amulet and looked up.  “So how close was I?”

“Judging from the looks, I would say you nailed it,” Lieutenant Harper said.  “And that was very good.”

“She is a natural born geek,” Lockhart added, before Roland burst out with his thought.

“Why, that was brilliant.”  Boston turned a little red, as was her way, and pointed up the hill.  She handed the amulet back to Doctor Procter and walked out front until her feelings of embarrassment subsided.

From there, it did not take long to get to the top of the last hill before the plains.  When they arrived, about an hour before sunset, they were astounded at what they saw.  There had to be a hundred thousand campfires and a million people packed into a treeless, grassless valley that butted up to a hill at least two or three miles away.  On top of that distant hill, there sat an Empire State Building high tower.  Captain Decker got out his binoculars.

“We went under a glamour here,” Mingus said.

“I remember,” Alexis spoke up, and this time she took a moment to explain what a glamour was.  “That means we made an illusion so we would look like the normal people and not stand out in the crowd.”  Alexis shook her head.  “But it is not easy to do, and it works best when applied to oneself.”

“That is something Roland and Mingus may have to consider in the future.”  Lockhart looked at the sky.  “For now it is nearly dark and I think we should camp on this side of the hill, out of sight.”

“It is hot enough,” Captain Decker agreed.  “I suggest we skip the fire to not draw attention to ourselves.”

Lieutenant Harper had her own binoculars out and she responded only to Doctor Procter’s statement.  “Shinar.  The Tower of Babel,” she said.  Then she paused.   She caught the glint of sunlight off something shiny on that distant hill.  When she squinted, it looked to her like a man on horseback.  It looked like a knight in armor.  She blinked and it vanished.  She shook her head.  She felt sure horses were not domesticated yet, and surely these were not a metal working people to produce such armor.  She decided it must have been an illusion, or her imagination, and put it out of her mind.