The woman marine arrived in the lunchroom first.  She saluted Colonel Weber and the captain who stood up to greet her.  The colonel went straight to the introductions.  “Lieutenant Harper.  Captain Decker.”

The captain stuck out his hand.  “Welcome to the monkey house.”

She shook the hand and responded with her name.  “Katie.”

“Sit,” the colonel said, and it sounded like an order so both complied, while one of the three men across the table spoke.

“Decker and Harper.  Sounds like a couple of cops from a cheap television show.” 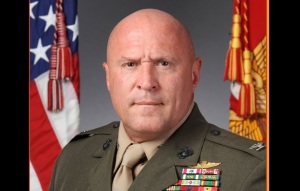 Colonel Weber pointed at the speaker and continued with the introductions.  “Robert Lockhart is the assistant director of the so-called men in black organization.  Ben Lincoln is the one with the missing wife.  Of course, you know Doctor Emile “I am stealing your property” Roberts.”

“Sir.”  The lieutenant acknowledged each man and kept it business-like.  “Mind if I ask a few questions?”  The colonel waved as if to say be my guest, but good luck getting any straight answers.

“I read the briefing but I don’t exactly understand it.  I have heard of people who claimed to be reincarnated, but this sounds a bit more extensive than that.”

“And I hardly expected to find it in a briefing paper,” Captain Decker agreed.

“Not reincarnated,” Lockhart rubbed his unshaven chin as he spoke.  “He sometimes refers to himself as an experiment in time and genetics going back to the beginning of history.  And if the paper was accurate, you will find it says he also remembers the future.”

Lincoln touched Lockhart on the arm to quiet him and spoke to the marines.  “May I ask your security clearance?”

The colonel answered.  “Both Captain Decker and Lieutenant Harper are cleared all the way to the top.”

Lincoln rubbed his own chin.  “That might not be high enough.”

“That’s right.”  Lockhart grinned.  “There are some things it would be best if even we did not know about.  Isn’t that right, Emile?”

Doctor Roberts looked up.  He tried to keep a low profile in front of the colonel who kept threatening to arrest him, but he could not resist a response.  “Like Santa, spry little elf that he is,” he joked.

“Yes.”  Lieutenant Harper thought they were all kidding and tried to get back on topic.  “What does it mean when it refers to elves and dwarfs?  I assume that is code for something.”

Doctor Roberts went back to hiding and Lincoln said nothing, but Lockhart grinned more broadly and shook his head slowly.  The lieutenant reacted.

“You must be joking.  I stopped playing fairy princess when I was five and found out there are no such things.”

Before a more reasonable response could be made, the entrance of the women, who were laughing and having a wonderful time, interrupted them.  Colonel Weber and Captain Decker stood.  Lieutenant Harper also stood, though after what she just heard, she felt like it might have been safer to stay seated.  The colonel at least got to introduce the director, Roberta Brooks.

“Bobbi,” Bobbi said, as she shook their hands and took her seat.

Boston butted in front and took each hand in turn.  “Mary Riley, but everyone calls me Boston.”  She said it twice and went to sit next to Lockhart.

Mirowen nodded shyly at the marines but avoided shaking their hands.  “Mirowen.”  She went to sit beside Doctor Roberts.

“Soon to be Roberts, I think.”  Lincoln sounded morose.  Mirowen’s presence underlined for him like nothing else that Alexis was missing.

“For now, just Mirowen.”  Lockhart kept grinning and raised his hand to point his thumb at the couple.  “She is an elf.”

Mirowen blushed, but she brushed back her hair to reveal her pointed ears.  She turned quickly to Doctor Roberts and he gave her a peck on the lips to reassure her.

At the sight of those ears, Lieutenant Harper sat.  When she sat, the captain sat with her, and barely in time to deal with what happened next.

“Hi, I’m the Princess, but people call me…”  The Princess paused and pretended to think about it before she concluded, “Princess.”  She smiled her dazzling smile.  “Right now I have to go home.

My husband owes me a foot massage, or something.”  She reached to take both the captain’s and the lieutenant’s hands.

“And where is home?” the Captain asked, while he unsuccessfully tried to keep his eyes from wandering up and down her curves.

“204 BC,” the Princess answered with a straight face.  “Now don’t let go,” she added, and vanished from that time and place so Glen could return to his own time and face his own dilemma.  The captain let go, but only for a second.

“Now.”  Glen smiled at the military people.  “Lovely to have you here.  Lovely to meet you both.  You can’t come.”

“Now, wait a minute,” Colonel Weber wanted to protest, but Glen cut him off.

“Despite your soldiers, you have no authority and no real power here.”  Glen walked around the table to the far wall, the only big, blank wall in the room.  “Be gone,” he mumbled.  “Before somebody drops a house on you.”

Once at the wall, Glen turned and looked around the room.  He had instructions.  “Bobbi, I guess you need to play hostess to Mister Smith when he gets back here on the Kargill ship, at least until I get back.  Emile and Mirowen, make a decision already.”  He took a deep breath and then paused to consider what he was about to do before he spoke.   “Letting ordinary mortals other than me and my immediate family into Avalon is not a common occurrence.  But Lincoln, you can come and fetch your wife.  Lockhart, you need to come to be the boss, and keep a tight rein on Lincoln.  Boston, you need to come to keep Lockhart from freaking out, and you need to behave yourself.”  Glen shook his finger at Boston while Lincoln, Lockhart and an excited Boston got up to stand beside him.  “That’s it.  Colonel Weber, Mirowen and Doctor Roberts better be here and untouched when I get back.”  And with that said, he turned again to the wall and spoke softly.

Emile took Mirowen’s hand and she looked at him, smiled broadly, and repeated an ancient rhyme.  “How many miles to Avalon?  Three score miles and ten.  Can I get there by candlelight?  Yes, and back again.”  Part of the wall turned momentarily dark.  A seven-foot-tall and seven-foot-wide space took on a shadowy look before it suddenly became as bright as a window facing into a sunny day.  An archaic archway formed around the space and it became an opening to another place, altogether.  The grass there looked green with life, and the castle in the background, high on a hill, looked positively medieval.  The aroma of life filled the stuffy conference room, and people sighed, softly.

In the foreground, a little creature stood and bowed most regally in Glen’s direction.  Several eyes shot toward Mirowen.  Mirowen kept up a glamour that made her look nearly human with only the pointed ears to give her away.  This creature in the archway was clearly not human, and Glen did not help when he named the thing.

“Kalderoshineamotadecobean.  Lovely to see you.”

“My Lord is always gracious.”

“Speaks sort of human,” Decker whispered to Harper, who did not hear him because, for some reason, she was crying.  “Bit of a shock though.  I can’t imagine an ogre.”

Glen invited his fellow travelers to cross the threshold, and he watched them closely as they went, before he turned once more to the room and spoke.  “Oh, and Mirowen, don’t worry.  I hope to be back long before the baby is born.”

Mirowen flushed as red as Boston’s red hair before Glen stepped through the wall and the entrance to Avalon snapped shut with a bright flash of light.