Glen looked at his silent companions while the plane landed.  Lincoln looked distressed over his missing wife.  Lockhart probably thought about his miraculous healing.  Boston tried not to think about the paperwork.  All seemed right with the world, as the pilot shut down the engine, until Lincoln reached out to grab Glen by the arm, as if Glen had no idea what the man wanted to say.

Lockhart stood up and stepped out of the plane on his own two feet.  He took a deep breath of fresh air and let it out slowly through his smile.  He couldn’t help it.  He spent the last fifteen years in a wheelchair and had come to dread retirement.  Now, healed and free, he stood on his own two feet and tasted the good air.

Glen scooted past, but paused long enough to repeat the earlier comment.  “Don’t start depending on those healing chits.  That is a good way to get yourself killed.”  Lockhart nodded, but then they saw Lincoln rushing to the door so Glen hurried off. 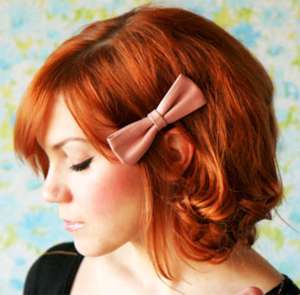 Boston followed Lincoln.  She lugged the folded-up wheelchair.  “I guess this goes back in storage.”  The young woman groaned as she lifted it over the lip to the ramp.  Boston and the old man walked side by side toward the main building where they saw people running toward them.  Boston thought to say one more thing before they got swallowed by the crowd.

“I will miss pushing you around in this thing.”

“Me too,” Lockhart responded in all seriousness.  Then he had to stop walking to hug Bobbi, the director of the Men in Black.  Bobbi cried big tears; while Lockhart had to be touched, praised and congratulated for getting his legs back by any number of others as well.

Glen got as far as the door to the main building before Lincoln caught him, grabbed his arm and spouted again.   “My wife has to be out there somewhere.”

Once again, Glen tried to reassure the man.  “Don’t worry.  Up until now there were a few other things pressing, like fending off an alien invasion and finding you, for instance.  But Alexis is now my top priority.  Oh no.”  He said that last because he saw Mirowen and Emile Roberts racing toward him.  “Lincoln is one.  This is two.  Trouble does come in threes,” he mumbled.  “I can’t wait.”

“Hey you!”  The shout came from further down the hall as Mirowen and Doctor Roberts hustled up to the front door to hide behind Glen.  A marine followed and only stopped when Glen held up his hand like a traffic cop.

“Go tell Colonel Weber to meet me in the lunchroom in thirty minutes.”  The marine looked ready to object, so Glen repeated himself.  “Go.”

That just made the marine mad.  It looked like he was going to say “Who the hell are you?” but when Glen vanished and an absolutely stunning young woman in an outfit both tight and short stood in his place, it came out, “What the fuck?”

“Princess,” Mirowen, the elf, lowered her eyes in a sign of respect for her goddess.

“Crude.”  The Princess stared down the marine before she gave both Lincoln and Doctor Roberts a sharp look.  She grabbed Mirowen by the arm.  “We will be in the ladies’ room so too bad for you Lincoln.”  It remained the one place Lincoln could not follow, and she could get some peace, even if Glen could not.

Once inside the women’s room, the Princess turned immediately to the mirror.  She understood the reflex, an automatic reaction to see how she looked.  The main part of her mind focused on the elf, and she spoke.  “So Mirowen, what have you and Emile decided?”

Mirowen curtsied, and gracefully, despite the fact that she stood dressed in greasy overalls.  “Lady.  Emile is reluctant to become elf kind, and we have researched it.  It has not seemed to us that you have done that very often.”

“Not often,” the Princess responded in an absent-minded way as she examined her eyes in the mirror.  “But one of my godly lifetimes like Danna or Amphitrite might arrange it.”

Mirowen curtsied a second time and looked at the floor.  She spoke softly.  “I understand.”

“But Mirowen, what about joining Alexis in the human world?”  The Princess turned from the mirror to look at the elf, the lovely elf.  The Princess had no doubt she would make an equally lovely human woman.

“I am prepared for that.”  Mirowen dropped her eyes again but she did not sound convinced.  “Oh, but Colonel Weber is threatening to drag Emile back for trial for stealing property from area 51.  But it was my unicorn.  I was just getting her back.”

Boston came to join them at that point, and also went straight for the mirror while the Princess turned again to face Mirowen.  “You know if you stay as you are, he will grow old more rapidly than you can imagine while you will hardly change at all.  You will lose him, and he will lose you in the end.”

“One of us will likely go first in any case.”  Mirowen sounded forlorn, and she would not look the Princess in the eyes.

“I could do that,” Boston interrupted.  “With Lockhart, I mean.  He is such a snuggle bear, and a good kisser too, I bet.  If only he wasn’t such a father figure.”

“Grandfather figure,” the Princess corrected her, and Boston did not deny that truth.

“Oh, but did you hear Lincoln’s concern for his missing wife?” Boston asked.  She spoke to Mirowen and the Princess without putting together in her mind that the Princess and Glen were essentially the same person.  “I never met her, but I understand Alexis was an elf once.  He must really love her.” 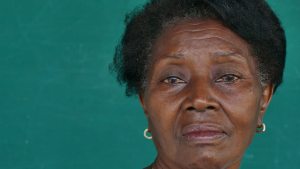 The Princess nodded for Boston, but she spoke with an eye on Mirowen.  “And she really loves him and would do anything for him.”

“Two peas in a pod.”  Bobbi, the director came in, a marine on her heels.  The director caught the tail end of the conversation.  “And that is why we need to find Alexis if we can.  Is it crowded in here or what?”

“Women’s conference,” Boston suggested.  The marine grimaced as she set down her briefcase and took a turn in the mirror.

“Yes, well, Mirowen, we will talk more, later.”  The Princess took back the conversation.  “Meanwhile, I had a hard time at first getting a lead on Alexis.  She became too human, I think.”

“She still has the magic,” Bobbi noted.

“Yes, but so do any number of humans these days, and more so as the Other Earth waxes toward full conjunction.”

“What about the Lady of Avalon?” Boston suggested.

“Alice?”  The Princess closed her eyes.  “Yes, that is how I found her.  Alexis is there in Avalon, or was, and I suppose I knew that all along.  She was just not the priority because she did not appear to be in any danger.  Her father Mingus took her out of fear that she was getting too old and would soon die and leave him grieving.”  The Princess sighed.  “I guess we have to go fetch her.”

Bobbi touched the Princess on the arm and the Princess started to move over, but Bobbi had a request first and only glanced briefly at the marine before she spoke.  “Can I go to Avalon?  All these years I have worked this operation and in these last few years I have kept it all running, and I have never been to Avalon.  Not even once.”

The Princess smiled and hugged her friend.  “Soon.  Not this time, but after you retire, and no, you cannot retire today.  I need you to keep Colonel Dipstick away from Mirowen and Emile while I am gone.”  The Princess turned toward the marine.  “So, do you work for Darth Weber?”  Colonel Weber’s name was properly pronounced “Vay-ber.”  The marine picked up her briefcase and smiled, but just a little.

“I don’t do typing pool gossip,” she said, and left.

“Humph.”  Bobbi harrumphed, but not in a sour way.  She stepped up to the mirror, touched her gray hair, looked at Boston who was maybe twenty-five, the beautiful elf, the incredible Princess, and harrumphed again.  “What am I looking at?  I am way past the age for mirrors.”

All the women paused to give Bobbi love hugs before they exited the women’s room together.  They had a real conference to attend, and they had to get Lincoln’s wife back.