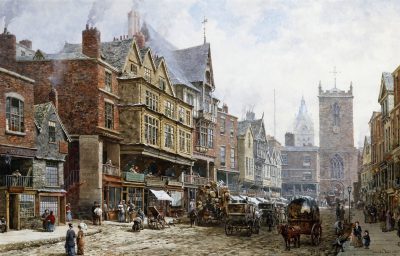 “Goodbye.”  Ethan shook Lars’ hand.  “And thank you for your hospitality.”

Lars just smiled but after they parted, Lars patted the gun at his side a couple of times before he nodded, and he waved until the couple turned the corner.

“I think if there is telegraph wire anywhere, it will be by the train station.  The telegraph lines parallel the trains,” Jill spoke to task as soon as she could. 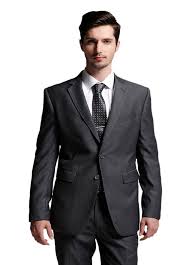 “Who?”  Her mind was focused on the wire.

“What, never read Conan-Doyle?”  Ethan looked surprised.  “I’m finding you a copy of The Hounds of the Baskervilles.  Heck, I can get you the complete Sherlock Holmes collection and maybe occupy thirty minutes of your time.”

“Ah.”  Jill remembered, but she changed the subject even as she took his arm.  “Tell me honestly.  Do you feel strange being in a world entirely different from any you ever experienced or imagined?”  It had been a long time since she had felt the wonder of strange new places.

“Yes,” he admitted before he looked at her.  “But I am glad I am here with someone who knows all about these sorts of things.”

Jill just walked for a second and took in those eyes before she shook herself, turned her head forward and spoke.  “The truth is we are lucky we don’t look too out of place.  This lab coat looks like a strange white dress, but it falls below the knees and that is important.  Your suit is not entirely out of place either.”

“Except I don’t have the stiff collar and one of those great ties.  They look just like a knot with some strings hanging down.”

“The truth is, if we look out of place at all it is because we are hatless.”

Ethan looked up.  “I hadn’t noticed.”  He looked around.  “But now that you mention it.”  A man tipped his hat for them and Ethan gave something like a salute and a smile in return. 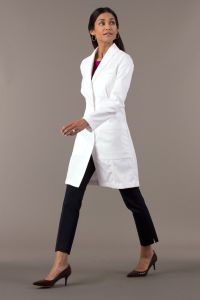 “If we were planning to stay longer we would have to acclimate better,” Jill concluded.

“You mean, change our clothes and such.  Maybe put you in one of those flowery hats.”  He pointed.

“Appearance is ninety percent of the battle toward being taken as normal citizens of a given world.”  She affirmed with a slight downturn of her lips.  “But since we will be leaving shortly, God willing, we won’t have to bother with flowery hats.”

“What do you think our odds are of reaching your world this time?”  Ethan asked casually as he smiled for a couple where the man tipped his hat and said something that sounded like “Goot morgen.”

“Less than before,” Jill confessed.  She stopped walking and looked into Ethan’s eyes once again.  “To tell you the truth, I planned to come here.  But I did not plan to drag you along or come without my controller.”  She started them walking again.  “I think I really need to get you back to your own world.  I’ve been thinking about what you said about Doctor Grimly, you know, and I would hate to see the nice old man charged with a double homicide.”

“Ah, yes.”  Ethan tried to hide his disappointment, but Jill felt it.  “And when you leave me there, I imagine it will be forever.”  Ethan sounded stoic, but his tone of voice forced Jill to hesitate.

“You like the idea of seeing other worlds don’t you?”  They reached the train station and stopped walking so they could face each other.  “What is it?  Is it like some explorer instinct?  You want to see what is out there?” 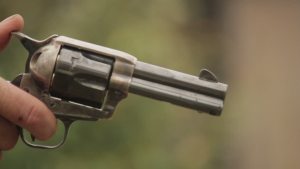 Ethan grabbed Jill by the shoulders and made sure their eyes met again.  “I like the idea of being with you,” he said.

A man came up to them and spoke.  He had to repeat himself twice to get Jill and Ethan to break their eye lock.  When they did, the couple noticed there were several men, and they had their guns drawn.

The first man repeated his words in his bouncy language but no one had to translate it into Anglish for Ethan.  The couple, hands raised, were escorted off to jail, and one of the men relieved Ethan of his briefcase.