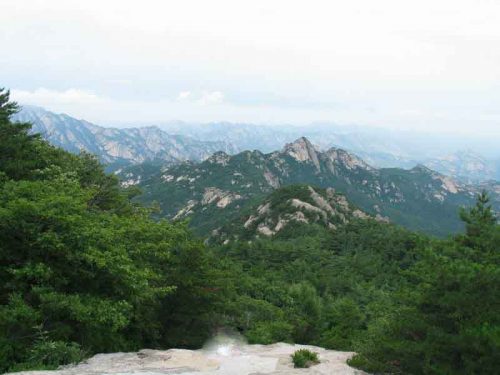 Triple watch really meant four people awake for most of the night.  Lincoln, Alexis, and Lockhart took the six to nine shift.  Mingus joined them, though he normally only joined Lockhart from nine to midnight.  Lockhart expected Lincoln to be the third person after nine, for the late shift.  Lincoln told Alexis she could go to bed, but she was a mom.  She was up plenty of nights until midnight and had to get up at six in the morning to get the kids to school; and now that she was young again, staying up did not bother her so much.

From midnight to three, Decker and Elder Stow normally watched.  On triple watch, Katie was to get up with them during those wee, dark hours.  Boston tended to get up with her.  Katie and Boston had the three to six, sunrise shift, and Decker stayed up with them, and generally Elder Stow as well.  On that morning, Elder Stow napped.  He had been up since ten because things were passing through the screens he set around the cavern.  Boston, and Mingus before her, felt the distress beneath their feet.

“They appear to be passing through the underground,” Elder Stow said, as he studied his device.  “Probably popping out in the lower cavern, at the bottom of the Sevarese staircase.  There were a lot of them at first, and some came in from the other side.  Then the numbers headed to the lower cavern became less and less, until about three, they petered out altogether.”

“I wonder what that was all about,” Katie asked the operative question, but looked at Boston for answers.

“I don’t know,” Boston cried.  “It felt like spirits were fighting and dying, and breaking my heart.”

Katie hugged Boston and looked at Decker.  He was on alert, and looked on edge, even as Katie herself felt that enemies were near.  Decker’s senses were good.  He was trained for special operations.  Katie had no choice. What she felt was given to her as an elect.  It was either a blessing or a curse, but she had not yet decided which.

At three in the morning, even as Elder Stow began to snore, Yu-Huang came out of the big tent.  He held and gently petted a cat, an animal the travelers had not yet seen.  Decker clutched his rifle.  Katie imagined Decker didn’t like cats, but at the same time, she readied her rifle.  She sensed something was wrong.

Yu-Huang set the cat down and said, “eat.”  Instantly, the cat grew into a Siberian tiger and roared.  It prepared to leap at Katie, but paused, like time itself stood still.  Both Yu-Huang and the tiger changed into men in long white robes, their faces hidden by thick white hoods.

Boston reacted first, but her fireball appeared to dissipate a few inches in front of the men, like they were screened in some way against her magic.  Decker and Katie reacted together as the men in white began to move.  Their screens were not prepared for bullets, and both men collapsed under the rapid fire.  With a great flash of light and ball of flame, both bodies vanished, leaving only two white robes on the ground.

Lockhart was up by then, and Lincoln stuck his head out of the tent in time to see three goblins rise up from the floor.  Katie and Decker might have both reacted, but their attention was taken by Yu-Huang as he came out of the big tent.  He raised his hands like a man surrendering.

“Quick,” one of the goblins yelled, and all three went to the water.  Right behind them, a creature of flame rose up from the ground.  It had wings and a skull, but the rest of it appeared to be made of fire, including fire in the eye sockets.  It turned on the goblins and flapped its wings once as three streams of water vacated the water trough and shot straight to the creature.  It looked like water from hoses trying to put out the person of fire, but the goblins magically directed the water to rise up into the skull until water came from the eyes and nose openings.

The skull, spine, to which the wings were attached, and the wings fell to the floor as soon as the fire was completely out.  Mingus was up by then, as the goblins began to breathe and congratulate each other on a job well done.

“Another one,” Mingus shouted, and grabbed Boson’s hand.  Alexis staggered out of her tent and took Boston’s other hand.  Mingus drew on their magic with his own, but instead of shooting fire toward the creature, he began to suck the fire out of the creature, like he was creating a vacuum.  The fire creature howled, but it all happened very fast.  The creature’s skull and wings fell, dead, but in so doing, revealed a third which had been hidden from sight.

Mingus was full, and Boston took some of the overflow.  They ran to the stream and let the fire out into the water, which left Alexis alone to face the monster.  Lincoln fired his pistol.  Decker and Katie both fired their rifles, but the bullets were ineffective against the fire creature.  The creature began to throw fireballs at the tents and people, but Alexis set up a wind wall which blew the fireballs back toward the stone wall of the cavern.

A streak of yellow light hit the fire creature in the skull and split the skull in two.  The yellow line of power continued down the spine until the wings separated from the creature and the internal fire broke its containment.  It became a large ball of fire as the broken skull and wings collapsed to the ground, but Alexis clapped, and a great rush of wind blew the fire to little pieces that dissipated on the wind.

Katie looked to the side expecting to find Elder Stow there, but it was Artie.  She used her own Anazi weapon on the creature.  Decker tapped Katie on the shoulder and pointed behind.  Elder stow was snoring, and Alexis was thanking Artie and hugging her.

Katie joined the hug as Yu-Huang lowered his hands and said, “Well, that was exciting.”

Everyone breathed for a second before all hands, eyes, wands and guns pointed to a section of the wall that crumbled into the stream.  A dwarf head stuck out of the hole, and yelled.

“Lord.  The djin have taken the underground.  The deep has fallen.”

“I know, Clang,” Yu-Huang answered, calmly.  “Come and introduce yourself.”

A young man and young woman stepped out of the big tent behind Yu-Huang and bracketed him with their smiles.  It took the travelers a moment to realize who they were.

“Nagi,” Alexis called her.  She was a granddaughter of the Shang-Di, and originally a goddess of the west before she moved her people into the Yangtze River valley.

“Shengi, god of the mountain,” Boston added, as the goblins, and soon the dwarves bowed, and the people gathered around the big fire, some going to their knees.

“Sit.  Relax,” Yu-Huang encouraged everyone to come in close.  “The iblis and ifrit are now confined to the deep and will not interrupt us.”

“Is that who we faced?” Lockhart asked, and the men camped in the upper cavern who arrived with Artie when everything was over, looked curious as well.

“Indeed,” Yu-Huang said.  “The iblis are the shaytan, shape shifters and creatures of fire and evil.  They often walk invisible, and whisper lies in the ear to turn innocent people to evil deeds and great sins.  The ifrit are the creatures of fire, as you saw.  They are terrors, day or night, and burn the soul along with the body.  They are the embodiment of hell fire.  They are both djin, lesser and near greater spirits over the ghouls, but now they have moved into the trap.  They are imprisoned in the underground and the deep, and they will not escape.”

“They will not escape,” Shengi confirmed.

“They will be exiled to their own world, and they will not be able to return without great help,” Nagi added.

“But now,” Yu-Huang continued.  “The greater djin spirit, that is, the big and terrible marid, the dark cloud that brought them here, is still overhead.  He has gathered a hundred and forty ghouls in the Shang camp in the forest.  All of the ghouls from the future are there, and we have these good people to help us put an end to their terror, if these people are willing.”

All of the men, dwarves and dark elves looked at the strangers among them.  Lockhart looked at Yu-Huang.  He did not look at the travelers though to be sure, the travelers did not show any great emotion one way or the other.  Only Artie showed the desire to help on her face and in her attitude.  She was young.

“We’ve been lucky so far,” Lockhart said.  “We need to put an end to these ghouls while we can, or they will follow us and try to kill us all the way back to the twenty-first century.”

“Right choice.” Decker clutched his rifle.  The travelers looked at him.  He was the one who always insisted they move on as soon as possible and not get entangled in local problems.  But then, the ghouls were not just a local problem, so the others were not too surprised.

He smiled for her and returned her belt with her Beretta and big knife attached.  “You may need this,” he said.  With that, Shengi-god and Nagi transported the travelers to their horses in the forest outside the entrance to the lower cavern.  The horses were saddled and ready to go with all of the traveler’s equipment tied on in the proper places.  The gods could not only do that, but they could also put a hedge of protection around the minds of the people and little ones so the ghouls could not get into their heads and fool them with illusions.

Dawn was at least two or more hours away, but plenty of campfires dotted the hillside meadow and lit the forest, so it was not terribly hard to see.  The dark elves who could see just fine in the dark, and the dwarfs already sent their women and children to the elf camp, deep in the woods.  The elves had places to shelter the goblins against the sun, hopefully for only one day or two.  Three days would fray the nerves of both groups.

The dark elves themselves circled around the mountain to the north end.  Yu-Huang assured them they would survive the sun on this one day, as long as they were engaged in fighting the ghouls.  The light elves, with some fairies, took the east where the forest provided shelter between the two rivers, so they were side by side, but not mingled.

The river that became the Yellow River headed from the mountains to the northeast, and the tributaries of the Yangtze moved off to the southeast.  The Shang ruled the land along the north river, and to a lesser extent, along the south river.  The Shang army marched mostly between the rivers and exacted taxes from the people, which was grain, meat and raw materials.  But this far west, the outlanders, the Rong still held the land.  The Shang were surrounded by “Rong” or outsiders in every direction, and they could only stretch themselves so far, and even from the beginning, grinding the people for taxes was the important thing.