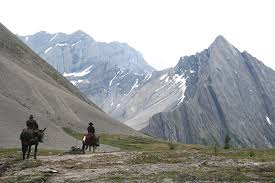 “No, not again,” Lockhart breathed at the entrance to the cave.

“Going over the mountain would take too long,” Nuwa spoke as she got down from behind Katie.  Boston rode to the front as Decker and Elder Stow came in from the sides.

“Why do we always have to go underground?” Lockhart complained, but he took it well, even when Lincoln voiced his objection. 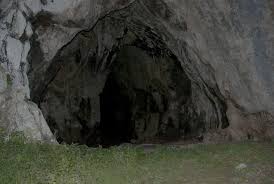 “All the goblins and trolls, and who know what nasty things live underground.”

“Maybe there are pixies to keep the bat population under control,” Boston said as she got down.

“But there are deeper, darker things the dwarfs and goblins sometimes dig up,” Nuwa admitted.  “As a dragon, I appreciate a deep cave filled with gold, but I make highways through the wilderness.  Endless dark tunnels do not thrill me either.”

“You stay up front with us,” Larkhart suggested, having temporarily forgotten that Nuwa Dragon was a greater spirit, a power just shy of being a lesser goddess, and her natural form was a tremendous fire breathing, sharp clawed dragon.  What would dare disturb them?

The travelers entered the cave in their pre-determined order.  They had been in the underground enough in the past to have worked things out.  Boston went up front with Lockhart and Katie watching.  Boston put a fairy light overhead to light the way.  It was not too difficult, if it was not all day, and they all had the lanterns for back-up.  Lincoln and Alexis came in the middle where Alexis, being more experienced with magic, kept a center fairy light burning, even when the tunnel became narrow and the roof pressed in on them.  Elder stow came behind them, scanner in hand.  He kept track of their progress, could point to the larger, more navigable tunnels up ahead while he kept an eye on what might be following them—hopefully nothing.  Mingus and Decker brought up the rear, where Mingus trailed them with a fireball light, and Decker held on to his rifle. 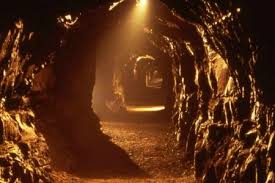 “These are goblin tunnels.  We can travel troll ways for a while,” Nuwa said.  Like the elves, she had the ability to direct her speech to the ones she was talking to so it did not echo up and down the whole tunnel.

“Troll roads,” Lockhart quietly corrected her, but he saw Katie put a hand to her ear so he refrained from asking what they charged.  Nuwa dragon snickered, having caught the thought without his having to say it; and Lockhart thought the human sounding snicker was much easier on his nerves than the full throated dragon laugh he once heard.

Nuwa continued.  “There is one narrow place where the goblin lair gives way to dwarf tunnels, but I can make it temporarily bigger for the horses.”

Lockhart nodded rather than talk out loud.  Too bad there was nothing he could do about the horses clip-clop against the rocky floor.  The horses all had new shoes.  Somehow, Lady Alice managed to send them back from the future to Yadinel’s time, and Pluckman and his merry men managed to build a fire hot enough to shape them a little, as needed.

Lockhart looked back to where Lincoln was looking all around at the dark, wide eyed and quiet.  Lincoln, with Katie helping, had taken on the job of keeping the horses hooves trimmed and the horses properly shoed.  They all knew how to do it, having received the knowledge directly from the Kairos, Wlvn, all those centuries ago.  But this was one of those things that needed to be practiced to be good.  Lincoln, and Katie got plenty of practice.

After a short time, they came to a cavern.  Boston reminded them that dark elves always had an entrance hall.  This one had seven tunnels leading off in various directions.  Most of them would go to goblin homes.  At least one would go to the great hall, and one would lead to a back door of some kind. This particular hall also had a pile of bones in the center, and as they came into the cavern, they noticed bones scattered around. 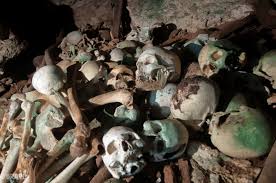 “What happened here?” Alexis asked as Lincoln bent down to see how old the bones might be.  Nuwa dragon and Lockhart, with his police training, were right there with him.

“These are fresh kills,” Lockhart said.

“Some troll bones,” Nuwa pointed out.

“What could do this to a troll?” Lincoln backed off and was glad to see the others were as prepared as they could be.  Decker and Katie held their rifles and were looking around.  Boston had out her wand and sidled up to Mingus for protection.  Alexis had her wand out, but was peeking over Elder Stow’s shoulder.  The Gott-Druk’s eyes were glued to his scanner.

“I’m picking up movement down that tunnel,” Elder Stow said.

“Good,” Nuwa responded.  “I doubt your equipment could register a shadow.”

They walked with the fairy lights as bright as they could make them, and the lanterns on.

“What do you mean shadow?” Lincoln asked.

Nuwa explained.  “I remember the Kairos referring to one as the shadow of death, as ‘in the valley of the shadow of death’.  The goblins may have released one from the darkness.  They hide in the dark because more than anything, sunlight is death to them.  They don’t like any light.  They are 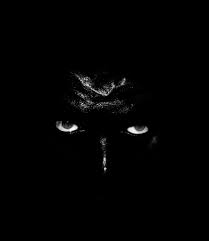 shapeless, formless masses of darkness, and they are hungry.  They are not swarms of microscopic life, but you might think of them as the vashta nerada.

Katie went pale on hearing that, and Boston up front, hearing with her good elf ears, shouted, “Oh crap.  Hurry.”

“What are vashta nerada?” Lincoln asked.

“I don’t think we want to know,” Alexis answered him.

They ran, and the horses sensed the fear and did not argue.

“Come on.  Hurry,” one of the goblins echoed Boston.  There were a dozen with torches, and six stepped to the side while the travelers passed.  They intended to take the rear position, but as Mingus, who was in the back, passed them, one of the six screamed.  The other five hurried, but a second and then a third fell even as the travelers broke out of the tunnel into the goblin great hall.

Mingus spun around in the entrance and made a ball of fire that filled the tunnel and pushed part way in.  The goblins built up the fire in that place and people tried to relax.

The travelers held tight to their horse’s reigns as they moved into the sweltering heat of the hall.  A tremendous bonfire shed light everywhere, and fires also burned in front of all eleven passages that let out into the darkness.  Torches burned everywhere, quick to come to hand if needed, and the rest of the room was overcrowded with spirits of all sorts.  Most were goblins, and a few were trolls, but the rest were a variety of spirits that the travelers had never seen and could not name.

“It’s like a red cross shelter during a flood,” Alexis suggested. 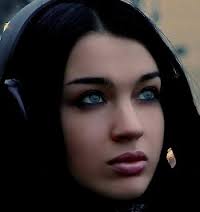 “Stay away from the unfamiliar ones,” Lockhart commanded, and looked at Mingus

“Even I cannot name them all,” Mingus admitted.  “But then my dealings with the underground have never been great.”  He looked at Alexis.

“I can name some,” she admitted, and then confessed.  “I dated a dark elf when I was very young and rebellious.”

People smiled.  Mingus frowned at her.  Boston slapped a hand to her mouth and shouted again, “No way.”

“Humans.  Horses.”  A big goblin stepped up and stared hard at the travelers, but they had seen goblins at their worst and were not moved.  Lockhart even complimented the goblin by calling the look a frightening face.  He said it in such a calm voice, though, the goblin hardly knew what to say.

“Red hair. Yellow hair,” a second goblin stepped up and said, “follow me.”

One thought on “Avalon 4.8 part 4 of 6 The Dark Underground”