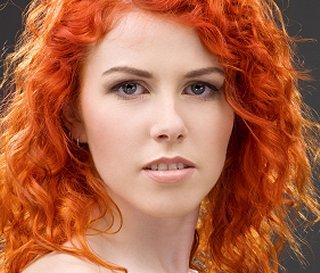 “I’m not making myself look like a man,” Boston protested.

“I’m not worried about that,” Mingus responded.  “You can make yourself appear human easily enough, as I have seen, but in this case, you need to show oriental features and change your red head to dark brown.”

“Like this,” Alexis showed her own features.  She still looked like Alexis, but the Chinese version.  Boston tried to copy her work, and also came out looking like a Chinese version of Alexis.

“I don’t have a mirror,” Boston complained, as Alexis put her hand over her mouth to hold back

“It will do,” MIngus said.  “Now the clothes.”  That was easy enough, since they were all wearing fairy weave which they could shape and color with a thought.  Alexis, being human, had to speak out loud to get her fairy weave to change, but it all came out fine since they could see what they were doing.  “And now the horses,” Mingus added.

“I don’t have that kind of power,” Boston protested, as she turned her robe to a light blue, just to be different.

“None of us do, alone,” Alexis said, and took her father’s hand.  Boston touched his shoulder so they could both give him their magic.  He took it and immediately cast his hand over the horses, flinging a bit of sand in their direction to make the magic work.  At once, all three horses looked like shaggy Black Sea ponies, with blankets and small packs in place of their saddles.  Honey and Horse did not bat an eye at the change, but Alexis’ horse, Misty Gray, bucked a little, once.

“We are ready,” Mingus turned to Shanjo, who again stared, dumbfounded at what just happened.

“Close your mouth,” Boston repeated her earlier statement along with her laugh.

Shanjo shook his head.  “I recognize the fire headed voice, but you do not look like the woman.”

“Still me,” Boston said as she stepped over and grabbed Alexis’ arm.  “But now I look more like my sister,” she said.

“And I am the father of two daughters,” Mingus interrupted.  “Who plans to get them safely to the protection of the army camp as soon as possible.  Can we go?”

“Of course, of course,” Shanjo said, “Shuz, shuz,” and they started walking.

They stopped early that evening, well before the ghoul ambush, so they did not get very far that day.  Alexis and Boston shared a tent while Mingus slept out by the fire.  The women did not get much sleep as they stayed up late, talking about being an elf and growing up an elf maid.

“I haven’t practiced much with my bow and arrows,” Boston admitted.  “I mean, I practiced with a hunting bow when I was growing up.  It was part of my redneck training.”  She grinned.  “I know where it is, in my own personal slip.  I mean I haven’t gotten it out to practice since I became an elf.”

“Don’t let father push you into learning to kill,” Alexis said.  “Some elf maids are bloodthirsty, warriors, who can fire two or three arrows with deadly accuracy in the time it takes a human to fire one, but most are not.  Some are weavers, true artists, like the makers of this fairy weave.  Some care for the spiritual creatures left in the world.  In our day, in the future, there are elf maids that care for the remaining unicorns of the world.  Mirowen, Doctor Robert’s mate back home, was a hundred years a unicorn maid before she got tangled up with Emile.  I, actually worked for the science department on Avalon.  I had my hands on a laptop computer almost fifty years before they appeared in the human world.”

“Don’t be.  I was a secretary and file clerk, about what I still do to this day for the Men in Black, truth be told.”

“Still.  Who would have thought the elves of Avalon would even have a science department.  I mean, we are spiritual creatures, are we not?”

Alexis nodded.  “Spiritual people, but not necessarily ignorant ones.  Swords and knives and bows

and arrows in our day are an affectation, you know.”

Boston nodded and said, “Tell me about growing up, about Father Mingus and about your and Roland’s mother, please.  I never hear about your mother, much.”

Alexis did, but it quickly became stories of her childhood and youth, covering the first hundred to hundred and fifty years or so of her life, and mostly humorous stories, the way such memories go.  So the dawn came without much sleep, but in human terms, Boston was maybe twenty and Alexis was at most twenty-five, so it did not bother them so much, having the strength of their youth.

That day would tell what the ghouls were after.  Ideally, Lockhart and the others got behind the ghouls on the previous afternoon, and would open up even as the ghouls were distracted and watching the caravan travel beneath their noses, as Mingus said.  They had no reason to suppose the ghouls had any interest in the merchants, or the opium they carried.  Everyone assumed they would only be looking for the travelers.  As it was, things did not work exactly that way.

Mingus rushed everyone, so the caravan moved by the ghouls in the early light before Lockhart and company could see well enough to get a clear shot.  It was not the plan, but Mingus was anxious to get his two daughters to the safety of the army camp, as he saw it, and he wanted to reach there by that evening.  That meant hurry, hurry.  He had no intention of spending another night out in the unprotected wilderness.

While Lockhart and the others were ready by dawn, having found a large clump of rocks on the edge of the desert that they could hide behind, and more importantly, keep their horses from giving away their position.  Mingus already drove the caravan beyond the narrow point.  He did not let them stop often to rest, and he hardly let them stop for lunch.  He felt justified when he caught a glimpse of the brigands attempting to cut them off before they reached the army camp.

This time, there were twice the number, or about sixty men that came off the hillside.  Mingus actually wondered why so few, unless the brigand chief had in mind to save most of his men to take on the army group.  As an elf, Mingus knew the mind of the brigand chief was calculating the odds, and decided sixty men was more than enough for a merchant caravan, now that those people on their horses were nowhere to be seen.  Normally, the chief would have been correct, but Mingus had something else in mind. 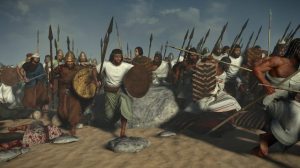 “Alexis.  Miss Riley.  Split the herd,” he said.  Alexis understood right away.  Boston remembered when Alexis and Roland did it, but she was not sure of herself.

“I’ll direct it,” Alexis said as she grabbed Boston’s hand.  They swung their hands as Alexis counted.  “On three.  One, two, three.”  Boston felt the power surge out of her.  It struck the brigands in the center of their charge, knocking down about ten to mumble, shake their heads, and crawl away.  Of the rest, about twenty-five headed to the left where there were trees and brambles.  They would be busy for a while until they figured out they were headed in the wrong direction.  Then it would take some time to get back through the bramble bushes.

The other twenty-five headed for the front of the caravan, and were more inclined to notice right away.  Fortunately, Shanjo and his twenty men had the numbers to meet such a force and started right away with a devastating barrage of arrows.  Clearly, the men were practiced at fending off bandits, and in fact, Shanjo had told the group that they began the journey a year earlier with a full company of fifty men.  They were all that was left.

“But every one a real fighter at this point,” Shanjo said to compliment the men before he confided more softly, “If not, they would be as dead as the others.”

By the time it came to hand to hand, Shanjo’s hardened men had the numbers reversed and met the enemy two to one in Shanjo’s favor.

A half dozen of Shanjo’s men came to Mingus’ side, at the back of the caravan, by the time the other half of the brigands made it out of the briars.  Mingus started the fireworks as he lobbed several fireballs toward the enemy.  A number of bushes, a couple of trees, and a couple of men caught fire.  Then the half dozen of Shanjo’s men fired their bows, and Boston belatedly reached 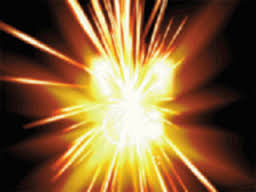 for her own bow.  Alexis pulled her wand, but then they stood there for a minute, not sure of what to do.

Boston and Alexis moved together, but in opposite directions.  Boston pulled out an arrow and fired it, not imagining to hit anything, but she remembered how Roland used to fire his arrows.  When it reached the front of the charging enemy, it exploded right on cue.  She grinned and fired two more, even as Alexis said, in the time it took Shanjo’s men to fire a second arrow.

Alexis turned toward the men they had knocked down when they split the herd.  They were getting up and looked angry.  She waved her wand and lifted her arms, and a great wind rose up.  It picked up pebbles, twigs, leaves, and plenty of insects and slapped the men in the face.  Those men had to cover up, and backed up to get away from the howling wind.  By then, Boston turned and fired two more exploding arrows.  Mingus also did not let up with his fireballs, and the rest of the brigands had enough and headed back up the hill.

Shanjo lost two men, but he did not complain.  With sixty against his twenty, he should have lost all his men and his cargo besides.

If you have come late to the episode, don’t panic.  Parts 1-3 are here on the blog under ‘recent posts’ and you can read them in order you wish.  Be sure and stick with the blog on Tuesday, Wednesday and Thursday to get the complete episode, Avalon 4.0, The Impossible Journey.