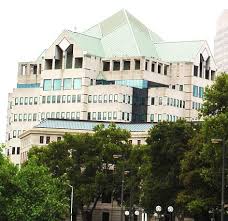 David, Emily and Anna Lee sat quietly in the police interrogation room where they waited and wondered if the police might provide lunch.  Anna had said to let her do the talking and Emily was inclined to agree.  David hardly knew what to say.  Thus far, Anna had said little more than hello and the kind of pleasant things about the weather and such questions as a person new in town might ask.  Emily gave most of the pleasant answers.  David stayed quiet for most of the trip from the airport.  He preferred to keep his eyes on their police escort, and on the road.

Now in the room, David sat in his fatigues and examined the forty-year-old woman closely.  For all of her age, different appearance, cultural differences—being both Chinese and from New York City—he concluded that there was something very Emily about her.  He eyed his sister Emily, her all-American, mid-American self, and concluded there was something shared with this woman in

return, only he had no idea what that might be.  He was about to ask when the door opened.  Lieutenant Anthony, an older man in a suit, and a policewoman with a steno pad and pen came in with an extra chair.  The policewoman sat by the door.  Anthony stepped up to the table with some folders in his hands.  The older man stepped up beside him.

“Sit down, Lieutenant, sir,” Anna invited.  The older man sat, but the Lieutenant was not inclined to do what he was told.  He slammed his folders on the table and leaned toward the group.

“Damn it, you need to start giving some answers.  I need more to go on than you have given me.”

“How about sit down and shut-up,” the older man ordered, and Lieutenant Anthony reluctantly sat.  “Miles Hilton,” the old man introduced himself, kindly.  “His boss,” he added with a thumb in the Lieutenant’s direction.

“I will tell you everything,” Anna said sweetly, though it was clear she meant everything they would need to know.  “You have heard of the Men in Black?”  It was a rhetorical question but Lieutenant Anthony answered.

“Well, Emily is a new but valuable member of an even more secret organization.  We deal with things that normal channels cannot hope to handle.  You may need to call on her when she is in town.  She may call on you at some point so you need to be ready.  And you need to not question what she tells you, no matter how outrageous it sounds.”

“But vampires?”  The Lieutenant simply could not wrap his mind around it.

Anna turned to Mister Hilton, a person more her age that she felt she could commiserate with.  “Maybe Mister Anthony is not the best choice for a liaison.”

“He would be my choice,” Mister Hilton said.  “I spoke to your Tomlinson in New York.  He explained a lot, but Anthony needs to hear with his own ears.  Let him see a few things and he will get on board.”  Lieutenant Anthony looked at his boss, like he did not appreciate being talked about when he was in the same room, but he said nothing.

“Vampires.”  Anna started again.  “Demons cannot infect a host body unless given permission.  When they have someone alone, they offer death or eternal life.  Of course, it is a lie.  The person dies when the blood is drained and the demons move in.  It is the demon that lives in the body that is then somewhere between life and death.  Tradition calls them the living dead, and it is not a bad description.”

“Eternal life or death?”  David spoke up.  “What kind of a choice is that?”

Anna nodded.  “But you would be surprised how many people would rather die than live, as they imagine, demon infested.  People are not so stupid, at least that was true in the past.  This recent idea that vampires can have souls and can be lovers and all sparkling inside has not helped one bit.  The truth is, vampires are incapable of love.  The normal, human feelings and emotions die with the person.  Vampires can fake it for a time around family and friends, but it is only to help them get into a position to feed.  But believe me, demons cannot love.  They can only lie, steal, kill and destroy.  It is their nature.”

“Why the blood?”  Mister Hilton asked.

“Because, though I am not a doctor, the human system that regularly replaces and makes blood in our bodies is one thing that shuts down rather quickly at death.  Vampires need blood to keep their bodies alive as we do and what they cannot make, they take.  When demons move into a body that has been completely drained, where the person has died, they need to feed right away.  For every minute delay between awakening and feeding, the body dies a little more and the brain in particular shuts down.”

“So if you can keep a new vampire from getting the blood it needs it will eventually die.”  Emily said, though it was a question since she was not entirely clear on the subject herself.

“But crosses and stakes?”  Lieutenant Anthony was trying.

“The cross is a powerful symbol of judgment.  Demons fear it.  The sun does not hurt them like in the movies, but they hate the light.  They are creatures of darkness.  Metal weapons conduct whatever spiritual energy they need to heal.  They can completely heal almost any wound, and rapidly.  Natural wood does not conduct the energy to heal. Stuck in the heart, it will interrupt the flow of blood, but the vampire will not die instantly.  They may struggle for a minute or more, and if they can pull the stake out, they can still heal themselves.  Beheading is the only sure way to cause instant death.  A body without a head is not worth inhabiting.”

“So what do we do?”  Mister Hilton leaned forward.

“We follow them home.  Demons know just about everything.”  She turned to face Lieutenant Anthony.  “They will say things to you, intimate, personal things, twisted and distorted truths about your life to cause you pain and make you doubt yourself.  Do not listen.  Meanwhile, what the vampire actually knows is contained in the brain of the one they inhabit.  They are instinctively drawn to home, work, and friends because it is all they know.  That is their flaw.  They are brilliant, but have absolutely no common sense.  I once asked a man if he was filled with demons.  The man answered, “No, there are none of us in here.”

David and Lieutenant Anthony laughed, but it was a nervous sort of laughter.

Anna pulled out a photograph with a business card attached.  “George Marcos,” she named the man.  “He was infected in New York but lives here in Columbus.  His family may already be dead or infected.”

“Consider it a plague,” Anna said while Emily brought out her pictures.  She was up late scanning them out of her yearbook and enlarging them to print.

“Brad Marcos and his buddies Duncan and Hoover.  They were the ones that attacked the two women and infected the one that went after my little brother.”

“He is fine,” David interjected.  “Mother dragged him to the doctor’s this morning or he would have been here.”

“Better not,” Anna said.  “I don’t mind the military, but this is not for high school gossip.”

“Or any gossip,” Mister Hilton agreed.

Emily spoke up.  “I think Brad and his friends were infected Thanksgiving.  That is at least a month of activity.”

Lieutenant Anthony was thoughtful and turned to the policewoman by the door.  “Marion?”

“Fifteen since the first of November, all drained of blood,” Marion reported.  “I could check back further.”

“I did some checking, too.” Mister Hilton interrupted.  “We had a special unit on the force that handled things like this in the past but it was especially quiet for the past twenty years and they did mostly regular police work and eventually retired.  I am guessing it is time to get things up and running again.”  He looked at the Lieutenant.

Lieutenant Anthony looked thoughtful.  He had another question.  “So how do we identify the infected ones?”

Anna put the same thoughtful expression on her face.  “They hate the sun, though it does not kill them like in the movies.  They hate the cross.  There are ways, like when a family reports that one member has suffered a complete personality change.  But to be sure, the only sure way is to catch them in the act, like Emily did.  That is standard police work.  It is best to catch people in the

commission of the crime.”

“Marion?”  Lieutenant Anthony turned his head again to the door.

“I’m not being your bait,” Marion responded.